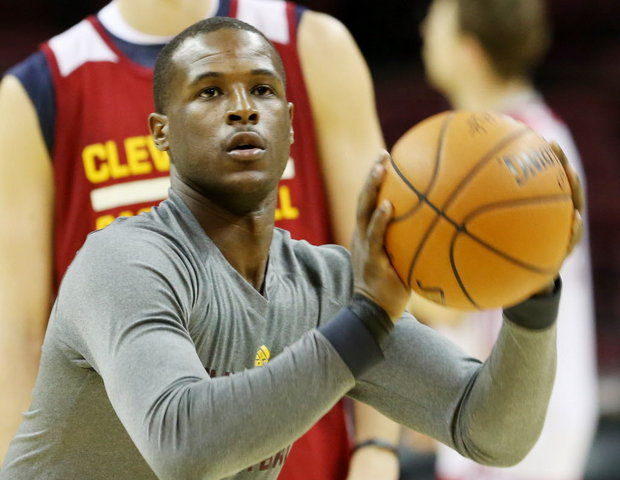 Waiters, a third-year guard out of Syracuse University who was the fourth overall selection in the 2012 NBA Draft, sat out after being knocked to the floor during last Friday’s road game against the Denver Nuggets, landing on his tailbone.

Though Waiters would return to the game after the collision, the effects of the hit began to develop, and Cavs’ head coach David Blatt made the decision to keep him out of Monday’s game. Waiters also sat out Wednesday’s practice before returning to the court this afternoon.

Blatt said, “Dion went through the whole practice and looked fairly good,” then added about the Celtics game, “He’s probable. We’ll see how his body responds after the work he did today.”

Waiters, who started the first three games of the season before being switched to coming off the bench, is currently averaging 9.4 points per game and shooting 35 percent from the field.

The Friday game against Boston is set for a 7:30 p.m. Eastern tipoff, and will be the first of a back-to-back weekend, which will see Cleveland return home for a 7:30 matchup on Saturday night against the Atlanta Hawks.