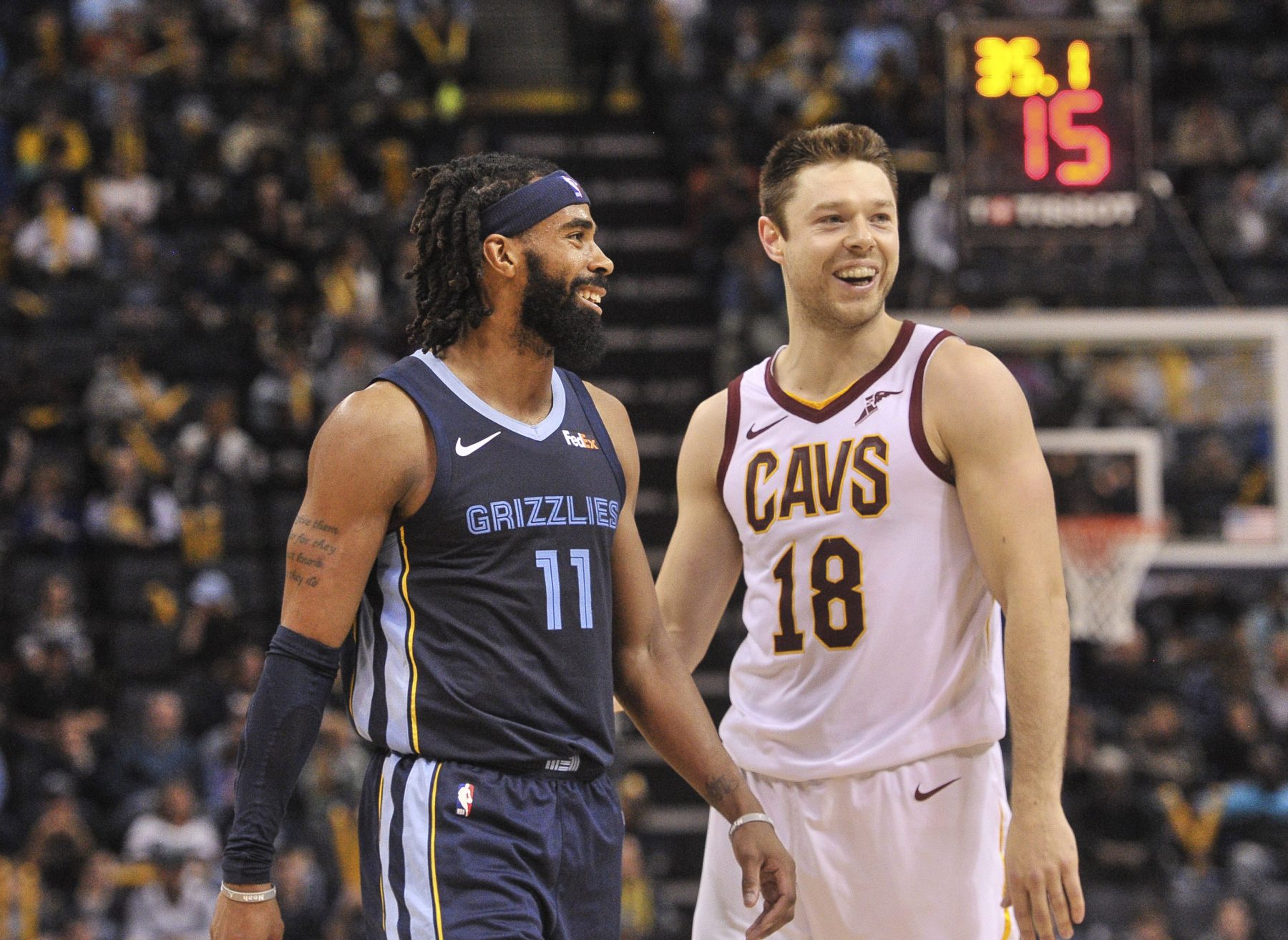 Cleveland Cavaliers veteran guard Matthew Dellavedova, who is currently in China representing his native Australia in the FIBA World Cup, recently took the time to discuss a variety of topics in an interview on the Cavs’ official Twitter page.

In the midst of that discussion, he offered the exciting news that he and his wife are expecting their first child.

?: @matthewdelly takes a break to check in from China to share what he's been up to this summer, what skills he's been working on, thoughts on @JohnBeilein, and his expectations for the Boomers squad during the @FIBAWC tournament. pic.twitter.com/sBix8QThZo

“Actually, I have some exciting news to share,” the veteran point guard said. “Anna, my wife, is pregnant, so we’re expecting a baby boy. So, really excited to become a dad.”

Dellavdova, who turns 29 on Sept. 8, met Anna Schroeder during his time playing college basketball at St. Mary’s College of California, where she was a member of the school’s volleyball team. The couple was married on July 1, 2017, following Dellavedova’s first season as a member of the Milwaukee Bucks.

That time with the Bucks ended last December when he returned to the Cavaliers in a trade that sent George Hill to Milwaukee. However, he was limited to just 48 games during the 2018-19 season because of injuries, playing in only 36 games for the Cavs.

In the interview, Dellavedova also spoke about his efforts to get in shape for the upcoming season, noting his efforts at strengthening his legs.

The popular guard is a fan favorite, which could make the Cavs more inclined to re-sign him. However, it’s entirely possible that he could be part of a trade during the season as the team continues their rebuilding project.

Whatever the future holds of Dellavedova professionally, there is no doubt that future of his family is very bright indeed.