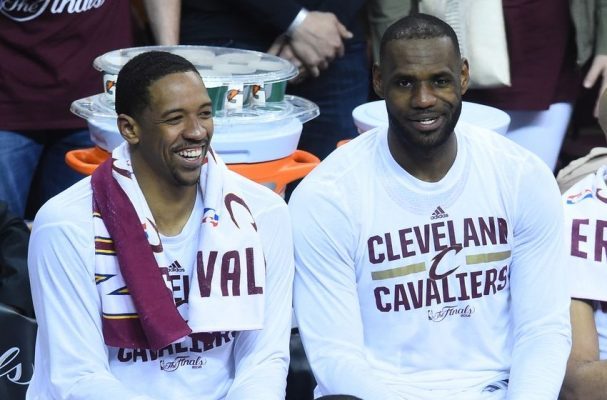 Having played for 13 seasons in the NBA, Cleveland Cavaliers veteran Channing Frye has played with some great NBA players, most notably LeBron James.

In a new interview looking back at his career, Frye jokingly offered his thoughts on what he would say to his children about James.

Frye was interviewed by Joe Vardon of The Athletic on a number of different subjects as he prepares to retire. The 35-year-old Frye was asked what three things he would tell his kids about a player who ranks among the greatest basketball players ever.

“No. 1, he has smelly breath,” said Frye. “Smelly breath. No. 2, he was a freak of nature. And then No. 3, Kyle Korver and I fixed his jumper for one year. (Funny, Korver takes the credit for that.) I know, but Korver, Channing, it’s all the same. It’s all about Korver.”

During the 2015-16 season, James pushed for the Cavaliers to acquire Frye from Orlando, which they did in February 2016. Four months later, the two players and their teammates helped celebrate the franchise’s first and only NBA title.

In February 2018, Frye was dealt in a deadline deal to the Los Angeles Lakers before returning to the Cavs as a free agent last July. In the latter case, his move came shortly after James announced he was leaving the Cavs to sign with the Lakers.

While Frye’s career averages of 8.8 points and 4.5 rebounds aren’t destined to send him to the Hall of Fame like James, it’s a certainty that he has the respect of the former Cavaliers legend. Given Frye’s easygoing nature and his perspective after the challenges he’s faced during the course of his career, that’s a big enough accolade for him to take with him as he leaves the game.