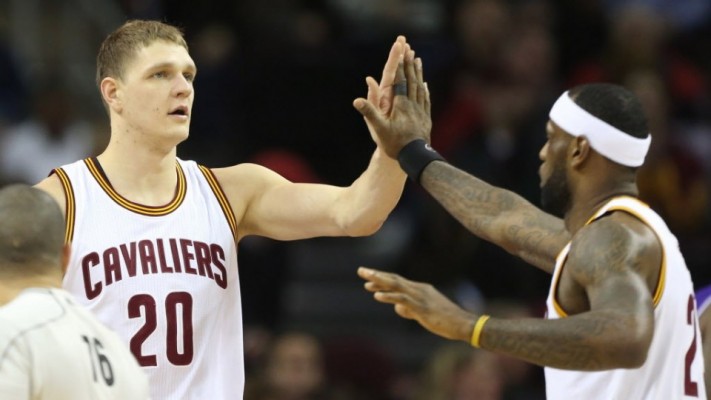 Timofey Mozgov has seen a decrease in playing time so far this season.

The 7’1″ center is playing just 21.9 minutes per contest through the first six games of this season. After being acquired in a midseason trade with the New York Knicks during the 2014-15 season, Mozgov averaged 25 minutes per contest in 46 appearances with the Cleveland Cavaliers.

It’s not just his playing time that has decreased, but he is not seeing any playing time in the fourth quarter.

Despite being the team’s starting center, Mozgov has only appeared in the fourth quarter in one of the team’s first six games.

The Russian center didn’t have an answer when asked on why he isn’t seeing action during the last stretch of games. However, he did stress he does want to be out there playing, according to Chris Haynes of Cleveland.com:

“You’re talking to the wrong person. That’s all I can say. We’re the players. We want to play. It’s not a miracle. You see Sasha Kaun right there. Ask him if he wants to play or no. He’s going to tell you. It’s like every guy on the team. So it’s not a secret.”

The Cavaliers are off to a good start with a 5-1 record through six games. Mozgov believes in the team’s success over his playing time, but he admits it’s hard considering it is a contract year for him:

“It’s still hard for you win or lose. You want to play anyway, but it’s a long season and we have a lot of things to do so you’ve got to be smart about it.”

Mozgov continued on the subject of the team winning games:

“You have to understand, I am a player. Every player in the league wants to play 48 minutes, but us winning games works for me. But when we’re winning games with me on the court, it’s better for me.”

The 29-year-old center is looking to cash in on free agency next summer, but his market value will likely see a huge dip if he’s not on the court as often as he was during the 2014-15 season.

So far this season, head coach David Blatt has elected to go with a frontcourt of LeBron James, Kevin Love and Tristan Thompson late in games.