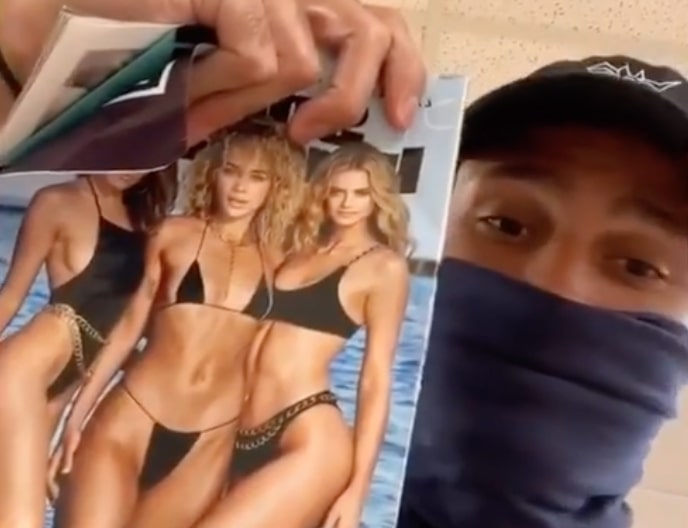 Kate Bock’s status as a professional model has meant having a long-distance relationship with Love, with the Sports Illustrated cover that Nance showed evidence of her continued success.

Bock has made multiple appearances in the magazine’s classic swimsuit issues during the past few years, turning her relationship with Love into a high-profile one that continues to draw attention.

Nance’s social media posts have often been laced with humor, with his kidding directed at items like odd statistical numbers and even detractors who troll him online.

Instead of traveling, Nance would much prefer being back on the court. However, with the 2019-20 season still going on and no indication when next season will start, he’ll have to remain patient.