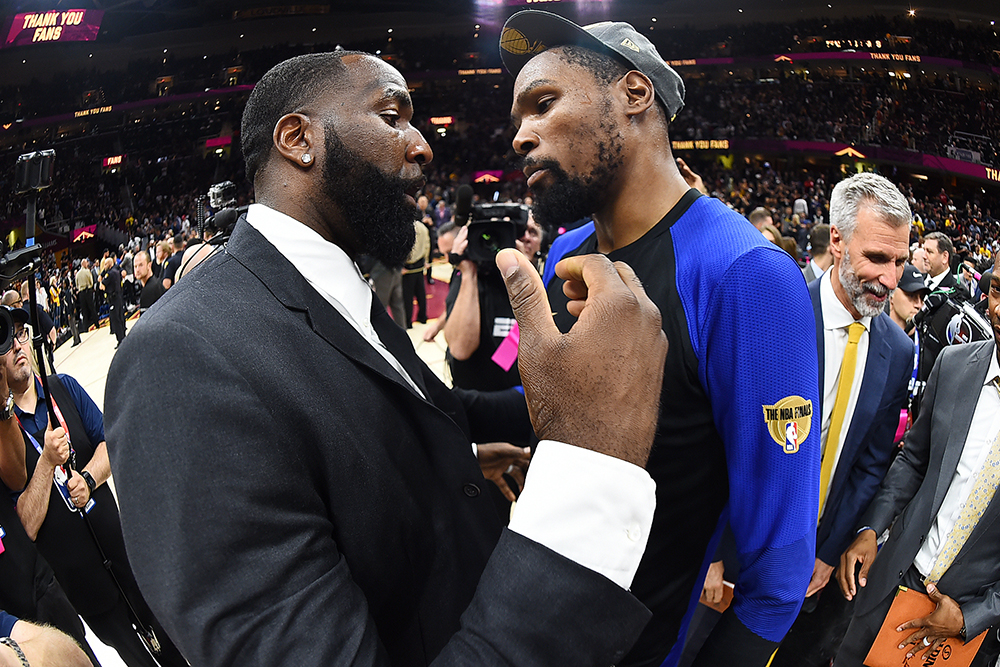 ESPN analyst Kendrick Perkins has been hammering former Cleveland Cavaliers guard Kyrie Irving for his hesitation on resuming the 2019-20 season.

On Wednesday, Brooklyn Nets superstar Kevin Durant defended his teammate by retweeting a video of Perkins airballing a jumper.

KD calls Kendrick Perkins a “sell out” on Instagram and then retweets a video of Perkins airballing a jumper 🍿 pic.twitter.com/q2MOgT7PvA

Perkins, 35, has been extremely vocal on social media about his antipathy for Irving as of late. He’s even been publicly critical of Durant in recent months.

Ironically, the 2008 NBA champion has played with both stars before at high levels.

As a matter of fact, Perkins and Durant played together for several years on the Oklahoma City Thunder. The height of their partnership came in 2012 when the team advanced to the NBA Finals. However, it got dismantled by the Miami Heat during the 2012 NBA Finals.

The big man’s run in Oklahoma came to a halt midway through the 2014-15 season when the Thunder shipped him to Utah Jazz. After orchestrating a buyout with the Jazz, Perkins joined Irving in Cleveland in 2015.

The pair also went on a deep playoff run. Despite being favorable contenders with four-time MVP LeBron James at the helm, the Cavs fell to the Golden State Warriors in the 2015 NBA Finals.

Years later, Irving and Durant are now competing alongside one another as they aim to bring a championship to Brooklyn. Perkins will undoubtedly continue to be harsh on the dynamic duo.