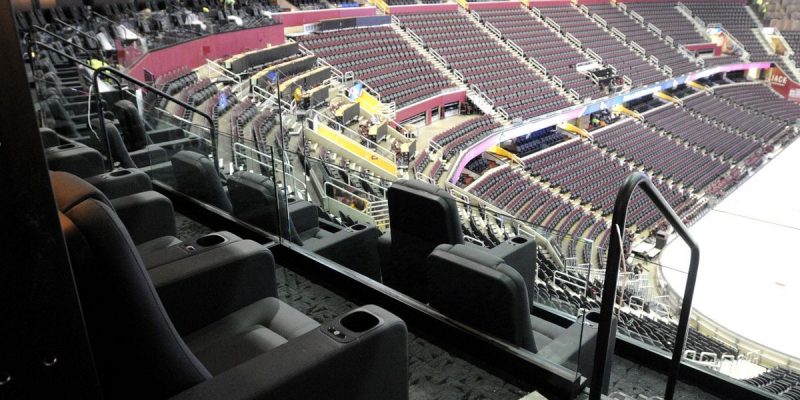 The Cleveland Cavaliers are undergoing quite a few transformations at once. Not only is the team itself entering the second season of its complete rebuild following the departure of LeBron James, but the arena in which it plays is also getting a serious facelift.

Formerly known as Quicken Loans Arena, the newly renovated Rocket Mortgage FieldHouse will be one of the most beautiful arenas in the NBA. According to some leaked images on Friday, that beauty will extend to the court.

New NBA courts for the 2019-20 season reportedly leaked this morning on https://t.co/iM1RyGTwRa. Looks like #Cavs will use 3 different floors this coming season in honor of the 50th celebration. Here they are – primary, "classic" and "city edition"
(h/t @josherwalla & @UniWatch) pic.twitter.com/dG3cM9aHWt

Based on the appearances, it looks like the Cavs are looking to honor their legacy with some iconic colors, fonts, and images. Per the Wine and Gold court, which figures to be their most regularly used court, the Cavs are also intent on celebrating their 50th anniversary of pro basketball.

It’s leaks like these that indicate that NBA basketball is indeed just around the corner.

Hopefully, the basketball played on these courts this season is just as fun to look at as the courts themselves.

The Cleveland Cavaliers are looking to make the playoffs next season. One of the moves they could be targeting...