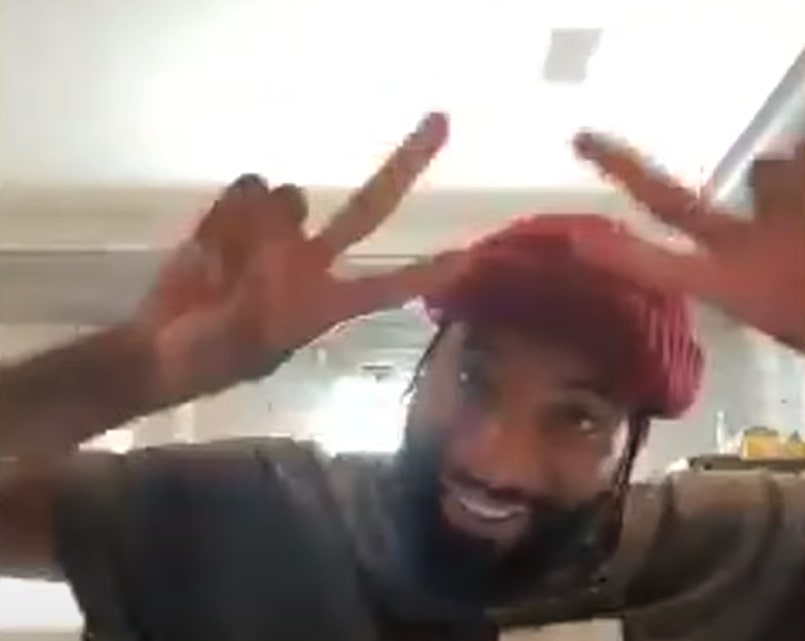 Cleveland Cavaliers star Andre Drummond has been in quite the good mood lately.

The big man recently surprised a Zoom meeting of high school basketball players, which unsurprisingly sent the kids into states of shock.

Drummond, 26, was acquired from the Detroit Pistons earlier this season.

The Pistons dealt the big man to the Cavs in exchange for Brandon Knight, John Henson and a 2023 second-round pick at the trade deadline in February.

Since the novel coronavirus curtailed the Cavs’ 2019-20 season in March, Drummond was only able to play for his new team in eight games.

However, he showed he was worth the pickup as he posted 17.5 points and 11.1 rebounds per game with the Cavs this season.

Furthermore, he has been saying and doing all of the right things. As a matter of fact, Drummond recently left an exorbitant tip for a waiter in Delray Beach, Fla.

While Drummond could elect to become a free agent this summer, he is expected to pick up his player option and remain with the Cavs through next season.