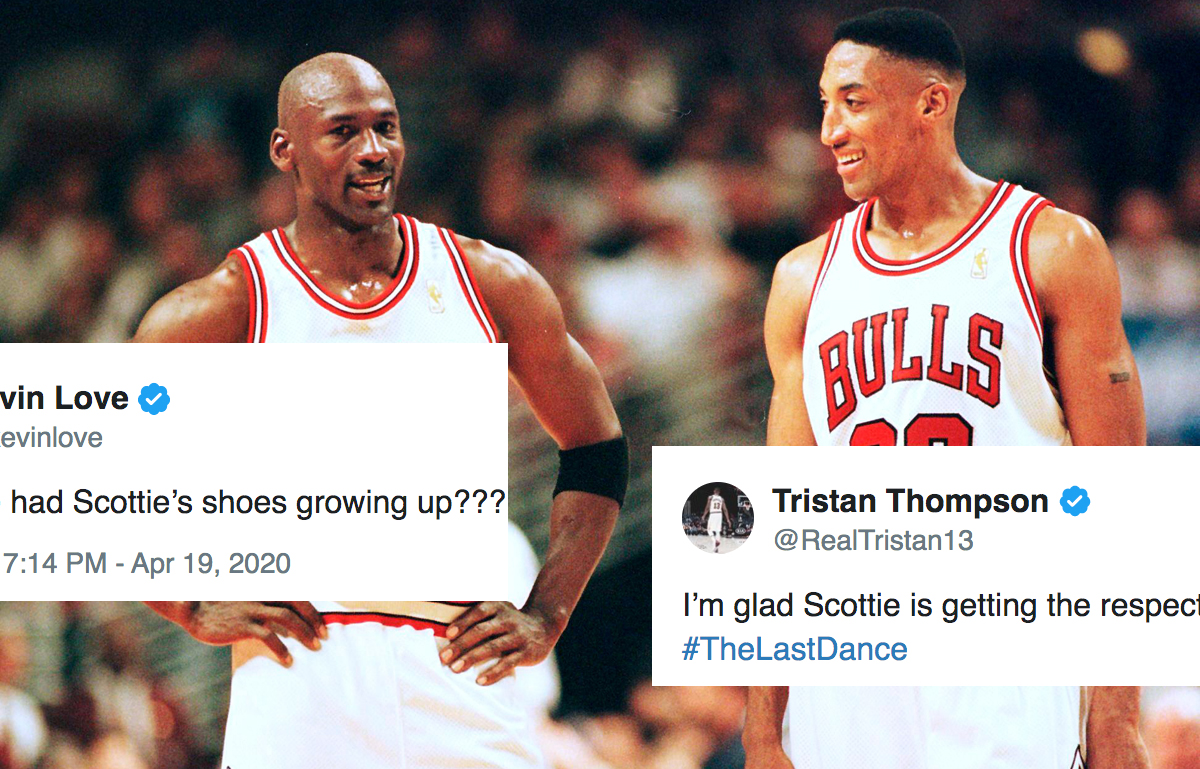 The first two episodes of “The Last Dance” certainly lived up to the hype.

I’m glad Scottie is getting the respect he deserves, he was a beast #TheLastDance

Who else had Scottie’s shoes growing up???

The 10-part series highlights the 1997-98 Bulls season, the final year that Michael Jordan played on the team.

However, while the show mainly focuses on the shooting guard, Pippen is getting some much-deserved attention and love. After all, the veteran played a huge part on the Bulls’ championship squads.

The 54-year-old has career averages 16.1 points, 6.4 rebounds and 5.2 assists per game. While his individual performances were tremendous, he always played second fiddle to Jordan.

Now, fans are getting a closer look into the pivotal role Pippen played in the historic dynasty.

While Love and Thompson are enjoying the miniseries as fans, they unintentionally propelled the production of the documentary.

Jordan approved the series on the same day as the Cavs’ 2016 championship parade. Moreover, he reportedly gave the green light to producers because he felt threatened by Cavs legend LeBron James.