Andre Drummond Hyped About Prospect of Bringing Championship to Cleveland

While answering comments on an Instagram post, Drummond didn’t shy away from responding to a fan’s plea to bring a championship to Cleveland.

As a matter of fact, Drummond reacted to the tall order with excitement. 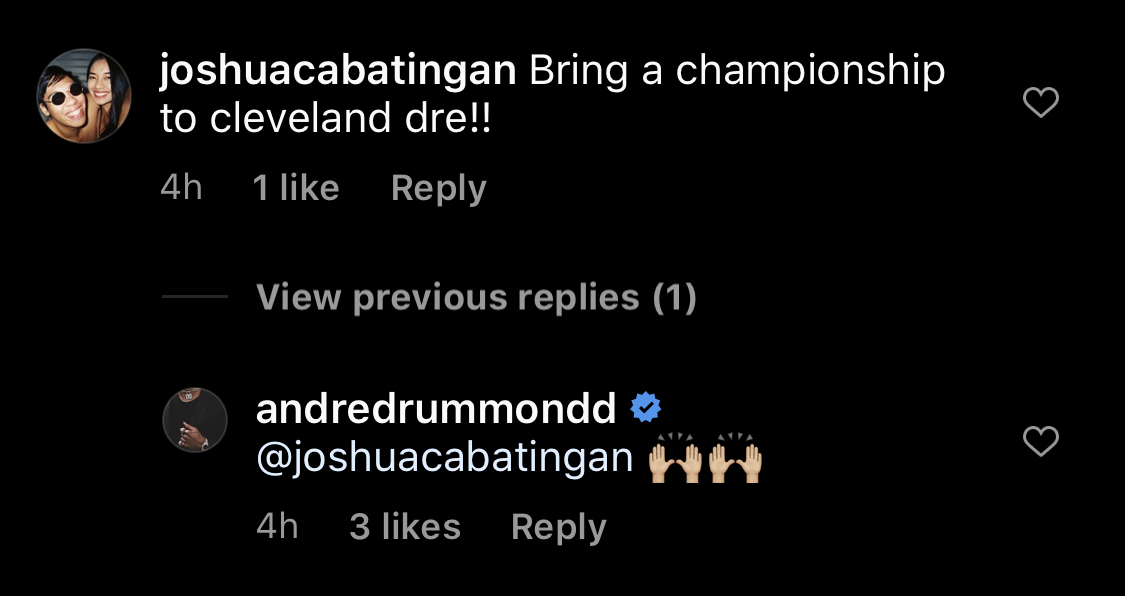 Drummond, 26, got traded to the Cavs earlier this season.

The Detroit Pistons dealt him to Cleveland in exchange for Brandon Knight, John Henson and a 2023 second-round pick in February.

Although the sample size is small, the big man has been productive in Cleveland. As a Cavalier, he is averaging 17.5 points, 11.1 rebounds and 1.5 steals per game this season.

Furthermore, the Cavs have won four of the eight games he’s played in.

While the championship talk is fun to dream about, the Cavs are miles away from reaching the promise land.

After franchise legend LeBron James left Cleveland for the Los Angeles Lakers in 2018, the Cavs shifted operations to a full-fledged rebuild.

The current youth movement is headlined by Collin Sexton, Darius Garland and Kevin Porter Jr. While the base of the team of is young, having veterans like Drummond can speed the learning curve and hopefully expedite a path to the playoffs.