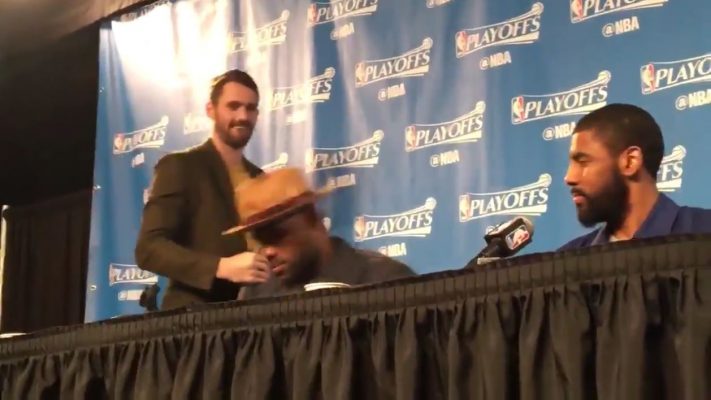 The Cleveland Cavaliers prevailed against the Indiana Pacers inside a rocking Quicken Loans Arena on Monday night to take a commanding 2-0 series lead as they were led by their talented Big 3, who combined for 89 of the Cavs’ 117 points on the evening.

The Big 3 shot a combined 31-of-51 from the field and a combined 20-of-23 from the free-throw line. It was a dominate display from the Cavs’ main men, as the Pacers couldn’t handle the offensive assault they were handed throughout the contest.

As per NBA tradition, the outstanding performers took to the podium for the postgame press conference after the Cavs’ big win. Irving and James took to the stage and started the presser, but were hilariously interrupted by a late Love who eventually made his way to the podium.

It looks as though the Cavs have got their groove back, and its paying dividends as they take a commanding series lead into a hostile environment for Game 3 in Indiana. The Cavs will need to lean on their Big 3 yet again to come away victorious.