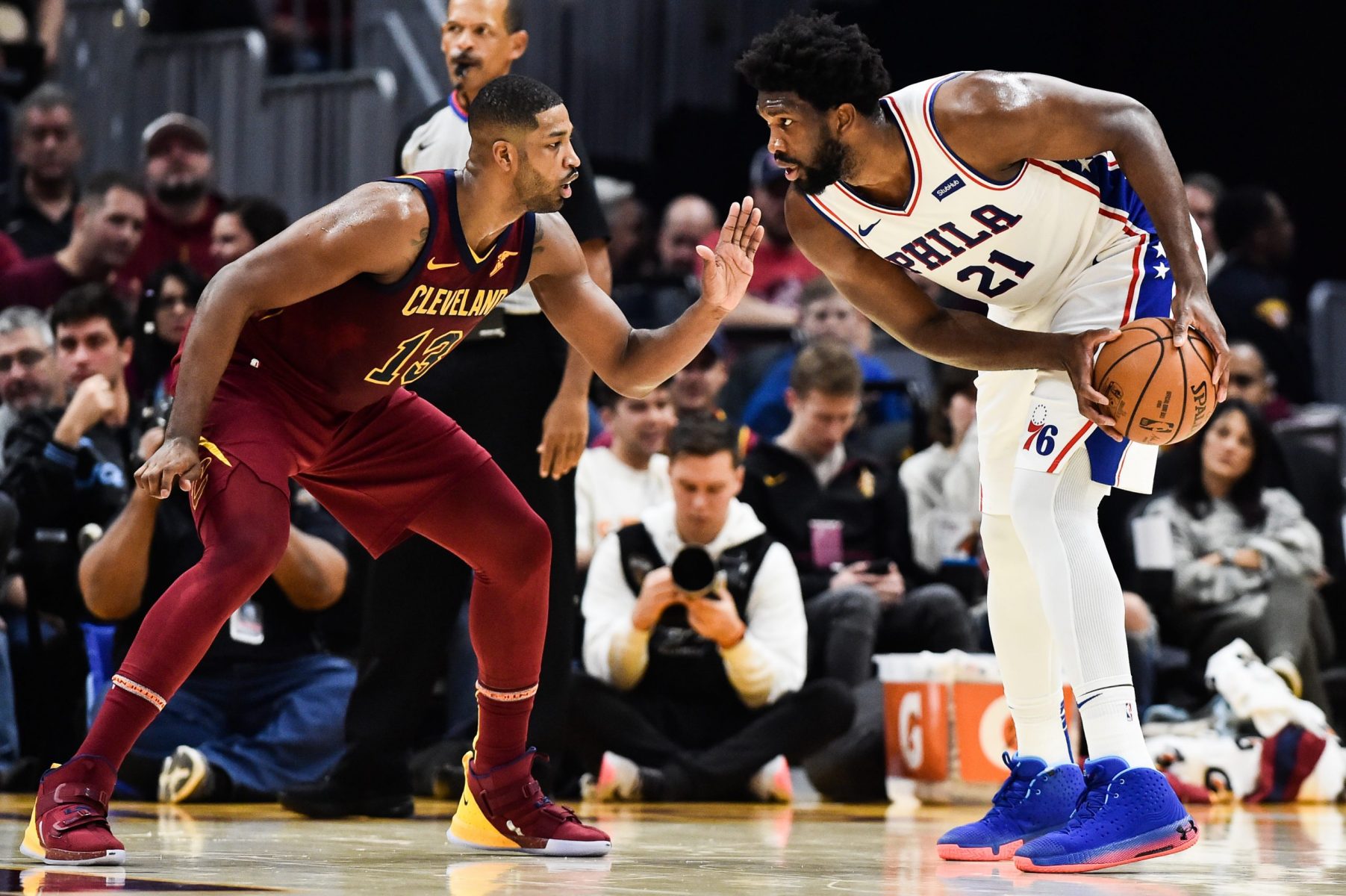 Joel Embiid is the face of the Philadelphia 76ers franchise and is widely considered to be one of the best big men in the NBA.

As it turns out, he nearly became a member of the Cleveland Cavaliers after an impressive pre-draft workout back in 2014.

In an incredible retelling of how the Sixers landed Embiid, Yaron Weitzman of Bleacher Report broke down how the 7-foot-1 big nearly ended up in Cleveland.

“On a Monday night a little less than two weeks before the draft, Embiid arrived in Cleveland to work out for the Cavaliers,” Weitzman wrote. “He met the team the next morning at its practice facility in Independence, Ohio. [David] Griffin tasked Vitaly Potapenko, a 6’10” assistant coach and former NBA player, to defend the nimble Embiid in the post. The Cavs figured Embiid would have no issue dancing around the older (39) and slower Potapenko. But then he began throwing the 275-pound Potapenko ‘around like a rag doll,’ an onlooker said. He powered through him and easily moved him off the block. ‘The strength he had was mind-numbing,’ the onlooker said. Any worries about Embiid’s back were dispelled.”

Then, Embiid began to show off his jumper. It was at that time that he started to trash-talk the Cavs general manager.

“How could you not draft me No. 1?” he shouted at Griffin.

Another ripped through the net.

“Come on, Griff, you gotta draft me!”

Shortly after the workout, Embiid was diagnosed with a stress fracture in his foot that ultimately made him available for the 76ers to select him with the No. 3 overall pick in the 2014 NBA Draft.

In the end, the Cavs drafted Andrew Wiggins and promptly shipped him off to Minnesota in exchange for established star Kevin Love. That decision was of course inspired by LeBron James’ decision to return home to try to win a championship with the Cavs.

It is quite likely that Embiid would have never played a meaningful minute in Cleveland, either. The Cavs would have probably shipped him off in exchange for an established star as well.

In the end, it seems as though everything worked out for the best. The Cavs got their title in 2016, and Embiid managed to make a full recovery from his injury and become one of the league’s best players.

Still, it’s hard not to imagine what might have been with Embiid donning the Wine and Gold.