Report: John Beilein Issued ‘Emotional Apology’ to Team, Cavs Plan to Keep Him on as Coach 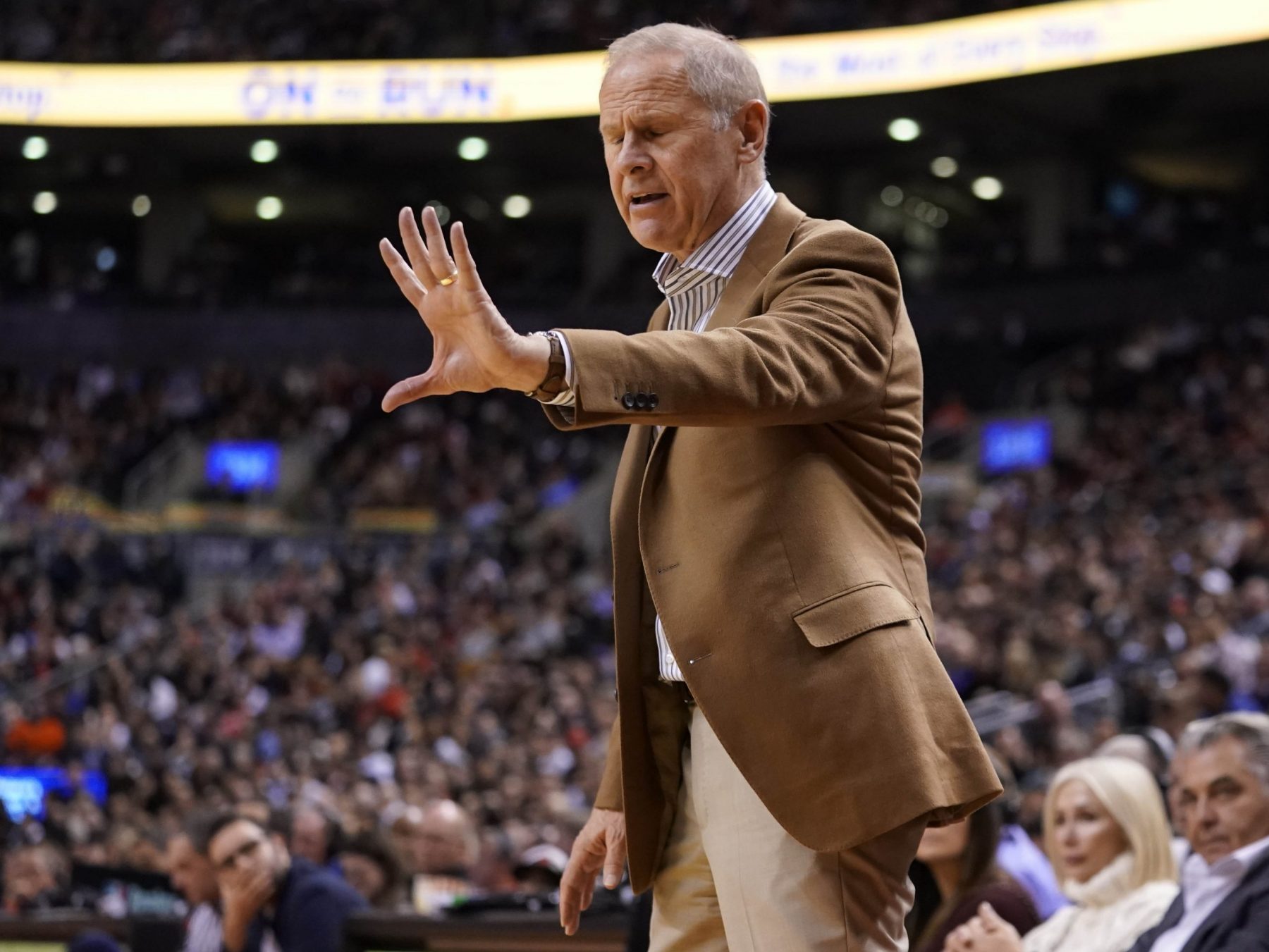 Sources: Cavaliers coach John Beilein met with team in what was described as an emotional apology prior to shoot-around in Detroit today. He’s coaching Cavaliers tonight and franchise plans to continue with him on the job. https://t.co/BEhvH4xOuc

The apology and possibly the Cavaliers organization’s own investigation into the situation likely resulted in Beilein receiving the go-ahead signal to continue coaching the team.

Cavs majority owner Dan Gilbert appears content to move ahead with Beilein at the helm, and the players seem to have responded positively to their coach’s expression of regret.

Sources tell @clevelanddotcom that GM Koby Altman has spoken with chairman Dan Gilbert on the John Beilein matter. The plan is to move forward with Beilein as head coach, and players said they were willing to do that today.

On Wednesday, Beilein explained his side of the story, saying that he meant to say “slugs” instead of “thugs” to represent how his team visibly moved slowly.

“I didn’t realize that I had said the word ‘thugs,’ but my staff told me later I did and so I must have said it,” Beilein said. “I meant to say slugs, as in slow-moving. We weren’t playing hard before, and now we were playing harder. I meant it as a compliment. That’s what I was trying to say. I’ve already talked to eight of my players tonight, and they are telling me that they understand.”

As they face the Detroit Pistons tonight, the Cavs will have many eyes on them that will be interested to see how the players respond to Beilein’s coaching shortly after the highly controversial issue.

After Kevin Love’s emotional outbursts the past few days, the last thing the franchise needs is another incident to rock the team to its core.

The Cavs are mired near the bottom of the Eastern Conference standings with a lowly 10-27 record.