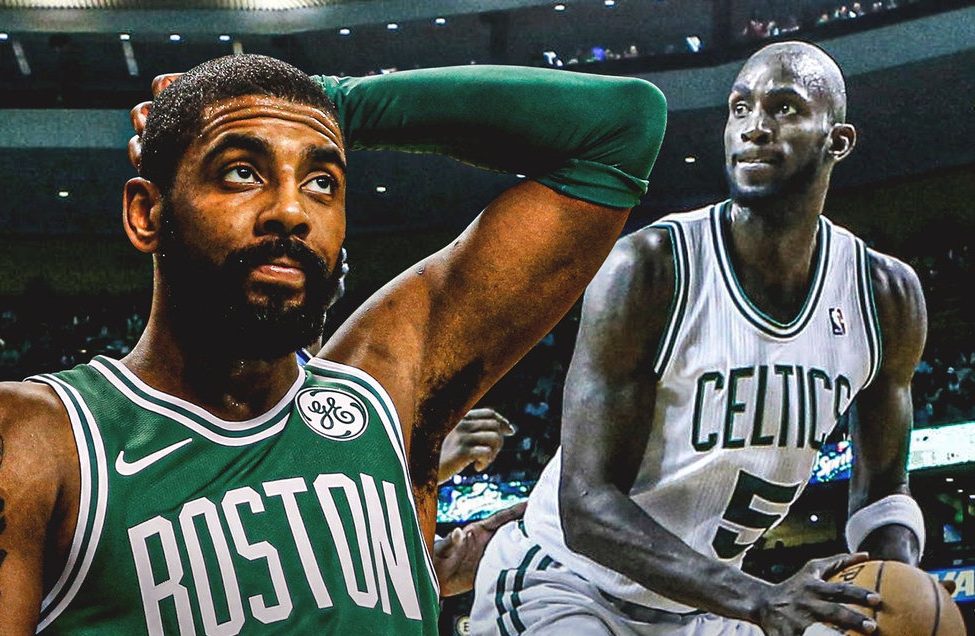 Former Cleveland Cavaliers star Kyrie Irving is not known to be widely adored in Boston.

Following his relatively short stint with the Boston Celtics, Irving elected to sign with the Brooklyn Nets this offseason.

“Boston’s a tough town, dawg. You have to have some major cojones to be there,” he said when asked if he was surprised when Irving left Boston. “You got to want that. The people want it for you. That’s why Paul [Pierce] is perfect for it. Paul wants the shot every time. Like, ‘You’re 0-for-14.’ And he’s like, ‘I know, but they want it.’”

Garnett spent most of his NBA career with the Minnesota Timberwolves, but he’s a legend in Boston for helping the team win an NBA title in 2008.

While fans had hoped that Irving would succeed to do the same when he was traded to Boston in 2017, he fell short in both of his seasons with the team.

The Celtics got close to a Finals appearance during the 2017-18 season when they lost to the Cavs in a seven-game series. Ironically, Irving missed that entire series with an injury.

That all comes down to the simple fact that while Irving failed to deliver in Boston, he played a crucial role in bringing the 2016 title to Cleveland.