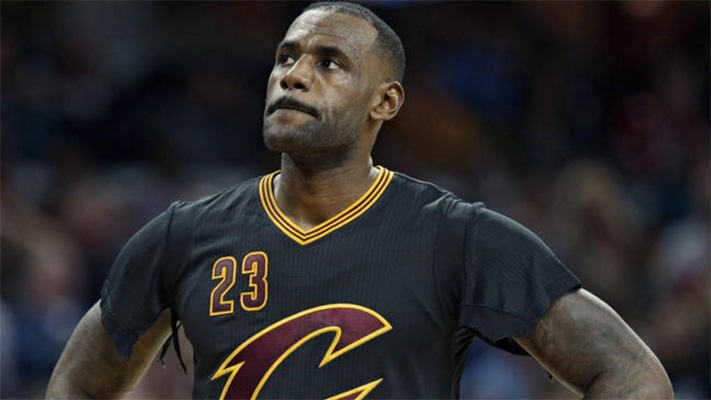 LeBron James believes the Cleveland Cavaliers are too lethargic at the beginning of games.

Through the first six games of the season, evidence supports James’ claim—entering Friday night’s game versus the Philadelphia 76ers, the Cavaliers were the fifth-worst first quarter team in the NBA.

The four-time MVP stated the following after Cleveland’s victory over Philadelphia on Friday night:

“I don’t like how we’ve started games off the last three games.”

Before the Cavaliers’ latest victory, James had echoed a similar sentiment following a less-than-stellar victory over the New York Knicks on Wednesday night:

LeBron James on #Cavs starting games slow: “There’s no room for it. We have to do a better job.” Says they need ‘more sense of urgency.’

While the Cavs are 5-1 and have won five consecutive games, they have gotten off to slow starts in just about every game so far this season. Perhaps most troubling is that in three of those games, they were against some of the worst teams in the league in the Sixers and the Knicks.

On Monday in Philadelphia, Cleveland trailed by 14 points at the end of the first quarter. By halftime, they still trailed 54-49 before prevailing 107-100.

In the win over the Knicks on Wednesday, the Cavaliers didn’t grab their first lead until late in the third quarter.

On Friday night in another game versus perhaps the worst team in the league, the Sixers, Cleveland trailed 50-49 at halftime.

The slow start once again led to James Jones laying into his teammates with a speech at halftime. James had no issue with Jones’ message:

“I respect JJ, probably more than anybody (on this team), because of my relationship with him and how long we’ve been together. So it was my job to respond.”

If the Cavaliers aspire to win the NBA Finals this season, these kinds of slow starts won’t result in wins versus the very best the Western Conference has to offer.

As both James and Jones are stressing early on in the season, it is imperative the Cavaliers develop a more consistent approach to all 48 minutes in each of their games.