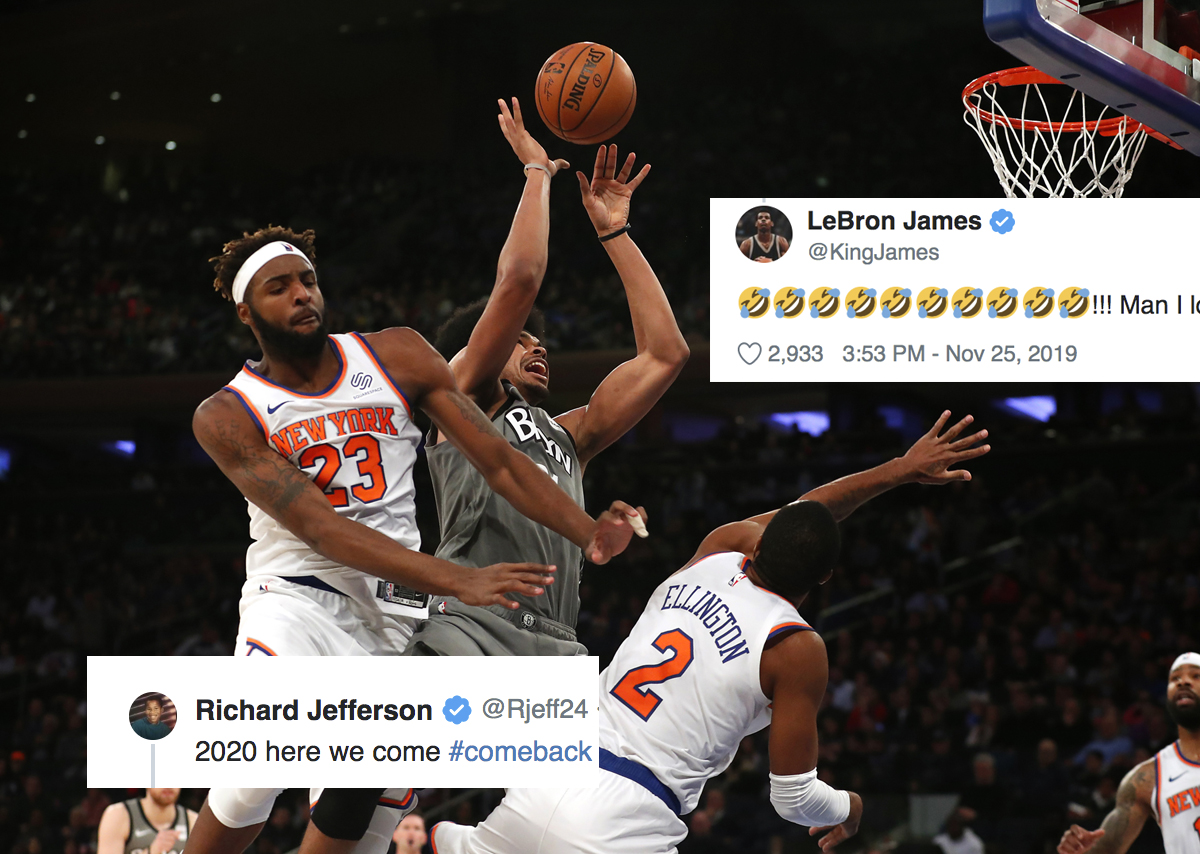 Former Cleveland Cavaliers forward Richard Jefferson has been in a bit of a Twitter war with the New York Knicks recently, and LeBron James is loving it.

James was Jefferson’s teammate with the Cavaliers for a few seasons including the year the franchise won its first championship. The Los Angeles Lakers superstar retweeted his former teammate’s response to the Knicks, who were disputing Jefferson’s claims that the team offered him a contract.

Jefferson told his part of the story last Sunday during the local broadcast of a game between the Knicks and Brooklyn Nets.

“I refuse to play for the Knicks,” Jefferson said. “Jason Kidd and Kenyon Martin, they don’t really care. Me, I was the one person who said, ‘Knicks? No, I’ll retire.’ That’s why I retired. They were the one team that offered me a job and I decided to retire.”

Jefferson is currently the Nets’ game analyst for the YES Network. He retired from professional basketball last year, but he teased fans that he was coming back from retirement this summer.

The 39-year old was probably only joking about making a comeback, but it’s doubtful that he was only making up a story about his refusal to play for the Knicks.