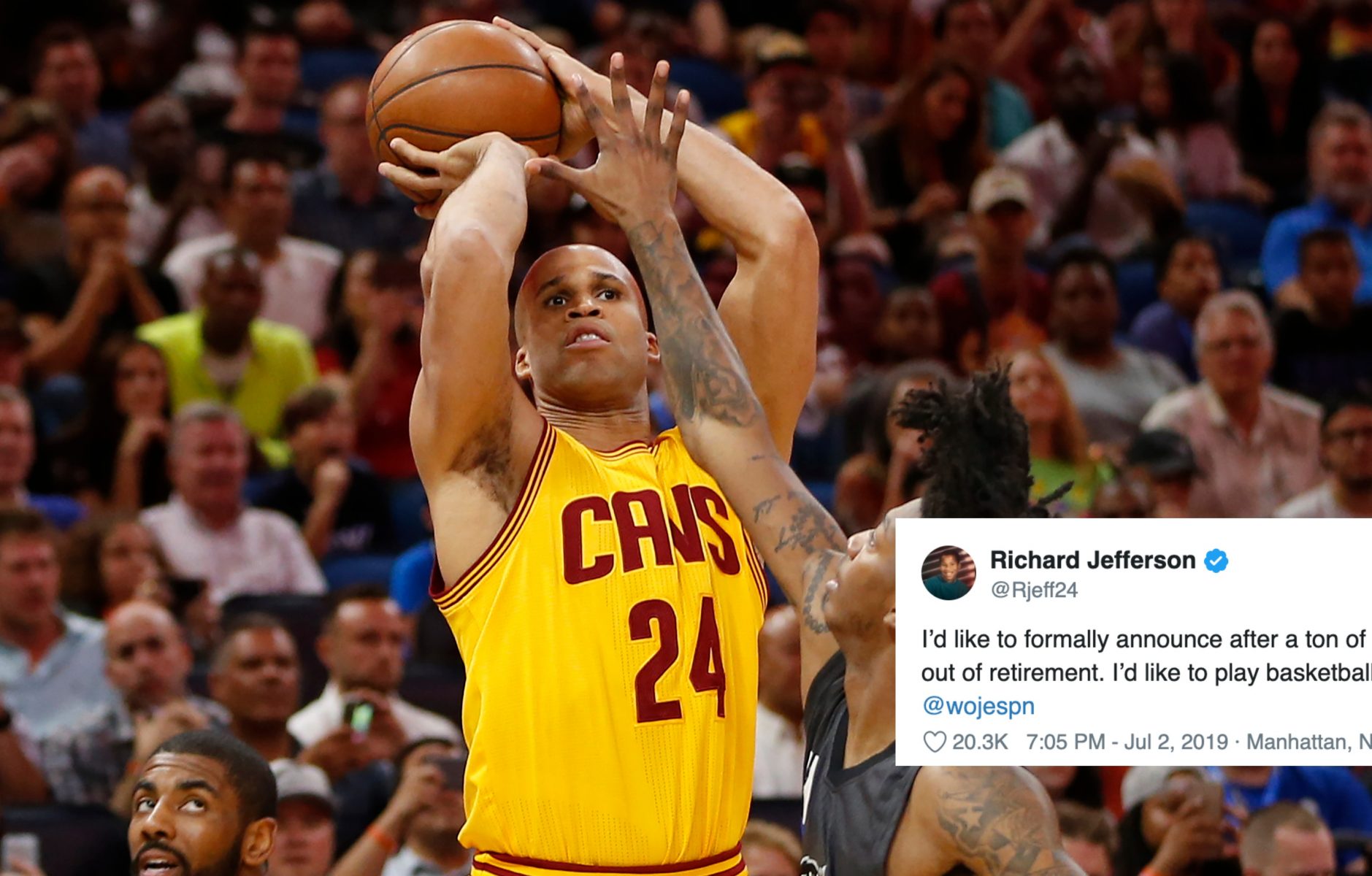 Less than a year after calling it quits from professional basketball, Richard Jefferson took to Twitter on Tuesday to announce that he is coming out of retirement to play one more year in the NBA.

I’d like to formally announce after a ton of speculation I’m coming out of retirement. I’d like to play basketball one more year @wojespn

Jefferson retired last October after playing for the Denver Nuggets during the 2017-18 season. He appeared in only 20 games for the Nuggets, averaging a career-low 1.5 points in just 8.2 minutes of action per game.

The 39-year-old forward served as the Brooklyn Nets’ game and studio analyst for the YES Network this past season. He played for the franchise when it was still located in New Jersey.

Led by superstar point guard Jason Kidd, Jefferson’s Nets teams made it to the NBA Finals twice but lost both times. It wasn’t until he joined the Cleveland Cavaliers in the 2015-16 season that he won a championship.

Assuming that the jovial former Cavs star isn’t pulling a prank on us all, his likely destination is with a championship contender, specifically the Los Angeles Lakers. Jefferson is a close friend of LeBron James and he may be inclined to join them to add a leadership voice to the team both on and off the court.

Regardless of where he ends up, Jefferson could easily get back into playing shape between now and when the 2019-20 season starts.