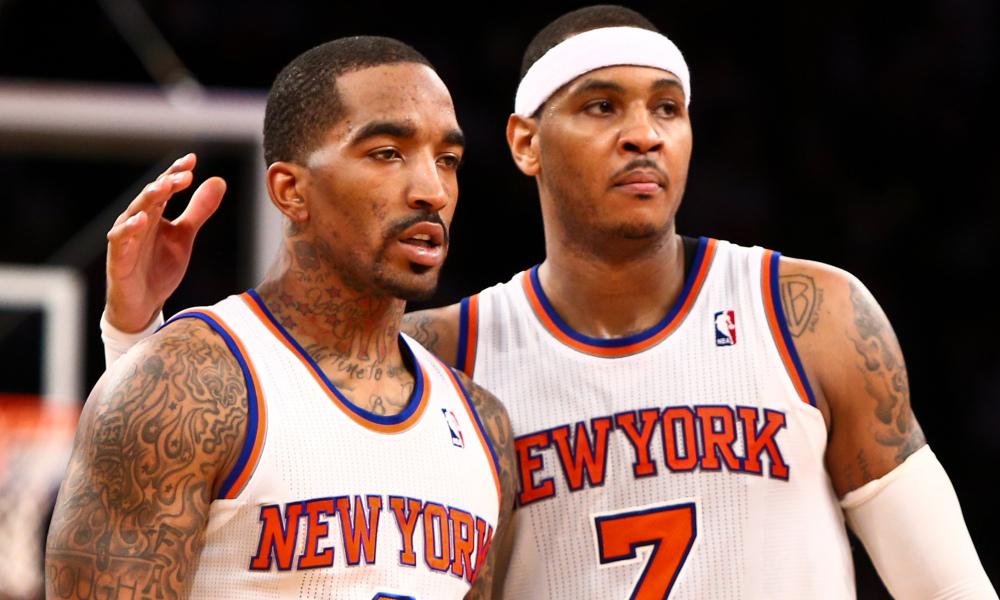 A noteworthy story came down the pike Thursday evening, as Carmelo Anthony was finally signed by an NBA team.

The Portland Trail Blazers did the honors, giving Anthony a non-guaranteed contract.

Former Cleveland Cavaliers guard J.R. Smith, who himself is looking to get picked up by a team, gave Anthony some love and props on Instagram.

Smith knows Anthony very well. The Newark, N.J. native was traded to the Denver Nuggets just prior to the 2006-07 season, when Anthony was a young buck who was getting buckets with regularity.

After the Allen Iverson-Chauncey Billups trade in the fall of 2008 finally brought some discipline and a team-first mentality to Denver, the Nuggets began to take flight.

Anthony and Smith helped lead the team to the 2009 Western Conference Finals, where they played Kobe Bryant’s Los Angeles Lakers to a standstill for almost five games before bowing out in six.

Most would have to consider that the high-water mark of Anthony’s career, as it’s the closest he’s come to an NBA championship (at least so far).