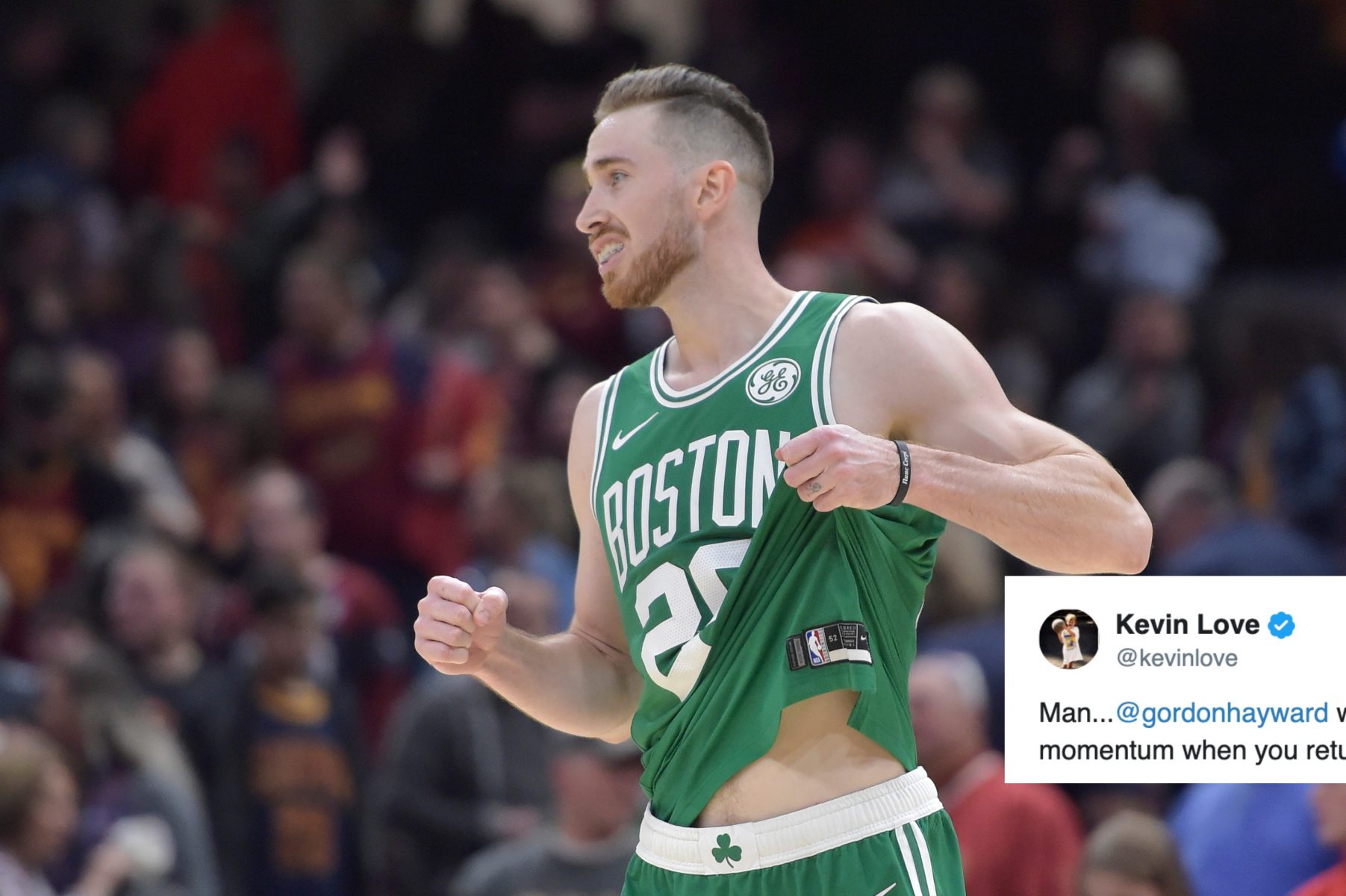 Boston Celtics forward Gordon Hayward looked to finally be back to All-Star form following a catastrophic ankle injury that took place in the 2017-18 season.

However, just as fans were truly starting to get excited about the prospect of a fully healed Hayward, the forward fractured his left hand in a game against the San Antonio Spurs on Saturday.

No stranger to frustrating injuries, Cleveland Cavaliers star big man Kevin Love sent out a message of support to Hayward via social media.

Man…@gordonhayward was really balling too!! Keep that momentum when you return. https://t.co/oHNRxeGye3

Early last season, Love injured his toe and ultimately had surgery to repair the damage. As a result, he played in just 22 games in the season and the Cavs’ plan to try to compete despite losing LeBron James to free agency quickly went off the rails.

This season, however, Love has enjoyed a major resurgence thanks much in part to his clean bill of health. In eight games, Love has averaged 18.5 points and 14.1 rebounds per game.

As for Hayward, the 2017 All-Star is set to see a specialist on Monday to determine whether or not he requires surgery. If he does, he could be out for a number of months.

Still, he will be back this season and will hopefully be able to continue the momentum that Love was speaking of.

cleveland cavaliersfeaturedGordon Haywardkevin lovenews ticker
← Previous Story LeBron James Hints at How He ‘Got Into It in Cleveland’ With Tyronn Lue
Next Story → Report: Michael Jordan Once Destroyed Cavs After Drinking 10 Bud Lights