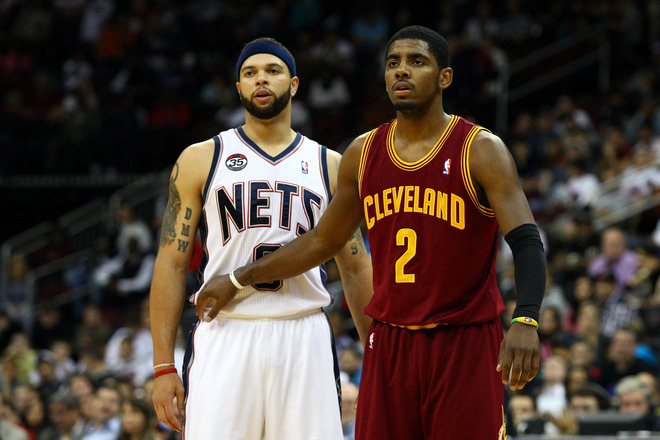 (Brooklyn, NY) – A vast improvement on defense has sparked a season-long win streak for the Cleveland Cavaliers, and the reeling Brooklyn Nets will look to bounce back from their worst offensive performance of the season.

The Cavs (11-7) are finally starting to play the brand of basketball most fans have expected. In the midst of a six-game win streak, Cleveland is outscoring its opponents by 15 points over that span. Playing with more focus and better ball movement, the Cavs suddenly find themselves ranked fourth in the NBA in offensive efficiency.

“The ball’s not gonna go in every night,” LeBron James told reporters following Cleveland’s 105-91 victory over the east-leading Toronto Raptors. “We can’t worry about that. We gotta be able to defend, get timely stops… We did that again tonight.”

The Nets (8-10) meanwhile are on the other end of the spectrum. Winners of just four of their last eight games, Brooklyn will have to play tonight without oft-injured center Brook Lopez. He will miss atleast four games with a lower back strain.

The vocal leader of the Nets, Kevin Garnett has a healthy history of battling LBJ. The two have met 57 times, with James winning just 28 of those matchups. LeBron dominated the Nets (13-5) over the last four years as a member of the Miami Heat.

“He has no weaknesses,” remarked 30-year-old point guard Deron Williams about the King.

While DW may be a shell of his former NBA self, he still leads Brooklyn with 17.3 points and 6.2 assists per game. The battle between Williams and Cavs point guard Kyrie Irving should be an entertaining one.

Uncle Drew is currently tenth in scoring (22 points per game) and 12th in steals (1.67) in the NBA. During the Cavs’ recent win streak he’s maintained a plus-17.5 while on the floor for the Wine and Gold.

While scoring hasn’t been much of an issue thus far for Cleveland’s “Big 3,” lulls on the defensive end have surely cost the Cavs chances to win games. After a stretch of giving up 100 or more points in seven out of eight games earlier in the season, the Cavaliers have managed to find their stride on defense. Cleveland is now 11th in the NBA in opponent’s points per game, allowing just 98.7 points per contest.

“It has to become part of our identity as a team,” Kyrie commented. “We have to consistently do it for 48 minutes. Everyone that’s on the floor, we have to lock in, and I think we’re starting to do that.”

As if LeBron needed any more reason to get up for a game taking place in the media capital of the country, Prince William and Kate Middleton will also be in attendance this evening. The Duke and Duchess of Cambridge will be in New York and (according to Cleveland.com) will attend the game to”‘celebrate” a new global wildlife awareness partnership between the Royal Foundation and the NBA.

The Cavaliers are 89-72 all-time against the Nets. The two teams split the season series a year ago.