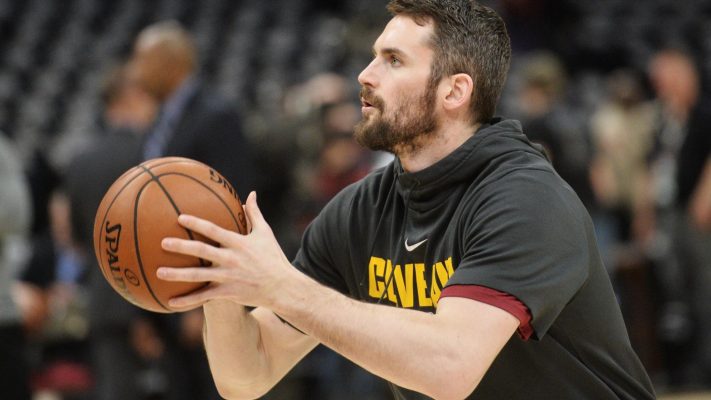 The Cleveland Cavaliers are on the verge of taking the court for a pivotal Game 3 in their playoff series against the Indiana Pacers, and despite a partially torn ligament in his left thumb, Kevin Love is reportedly ready to go.

Following Game 2, Cavs head coach Tyronn Lue announced the Love would be able to play despite the injury and according to an official report by NBA.com, that hasn’t changed.

Ty says Kevin Love is OK, will be able to play Game 3

The injury to Love’s left thumb occurred late in Game 2, when he reached out to block a pass from Pacers guard Victor Oladipo. Despite the departure from the game, Love managed to rack up 15 points and eight rebounds, and helped the Cavs get a much-needed win.

With the series tied at 1-1, Love will look to play a big role in Game 3 as the Cavs hope to take control of the series. Hopefully he can avoid anymore injury scares as the series continues.