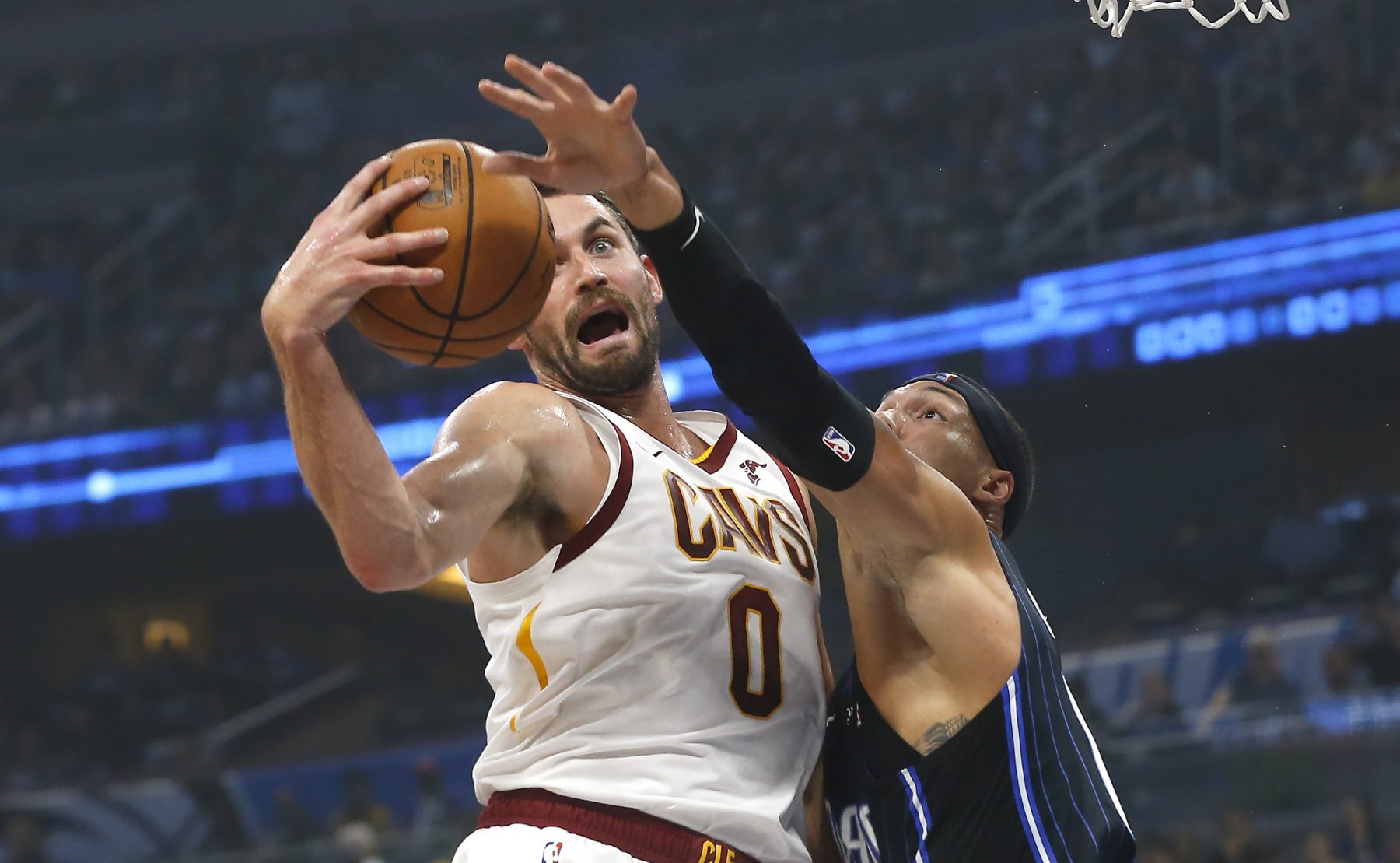 Kevin Love is the Cleveland Cavaliers’ lone player with All-Star Game experience, and first-year head coach John Beilein knows getting Love the ball is part of a winning formula.

Unfortunately, that strategy didn’t seem to be a major emphasis for the Cavs in their season opener against the Orlando Magic. In the 94-85 loss, Love finished the night with just 11 points on 4-of-9 shooting from the field.

Beilein knows that if the Cavs want to win, that will have to change.

“I hope that we have a few focal points and we can go to things. But we’re crazy if Kevin doesn’t get more touches than he got,” Beilein said.

He added that part of the issue is a simple failure to execute.

“Trying to get him open and trying to get everyone to execute and see it. We’re working at that right now,” Beilein said. “I think when he did get the ball, he touched the ball, we had really good numbers. They have to see that.”

As for Love, he didn’t seem too bothered by the lack of offensive action in the Cavs’ first outing.

“I didn’t get too worked up about it because I knew there was going to be some growing pains,” Love said. “I just have always felt if the ball touches my hands, something good’s going to happen. They just have to trust it, myself, too, I just have to trust that the ball is going to find me and I’m going to get more of an opportunity to make some plays for us.

“Tristan and I have talked about being positive leaders. There’s some things we could look at and say, ‘That was ugly’ and we could get upset about, but we’ve got to play the long game with this. It’s a helluva process. That cliche, it’s not a sprint, it’s a marathon. We’ve got to play the long game. If we do that, we’ll be able to stay positive and have that growth mindset.”

Last season, Love played in just 22 games due to injury. Despite that, he averaged 17.0 points on 12.9 attempts per game. Going forward, Beilein and the Cavs would be wise to target numbers closer to that for Love compared to the stats he put up in the first game of the 2019-20 campaign.

That fact is true not only because it would likely lead to more in-game success, but also because it could potentially increase Love’s value on the trade market if the team should want to pursue such options.