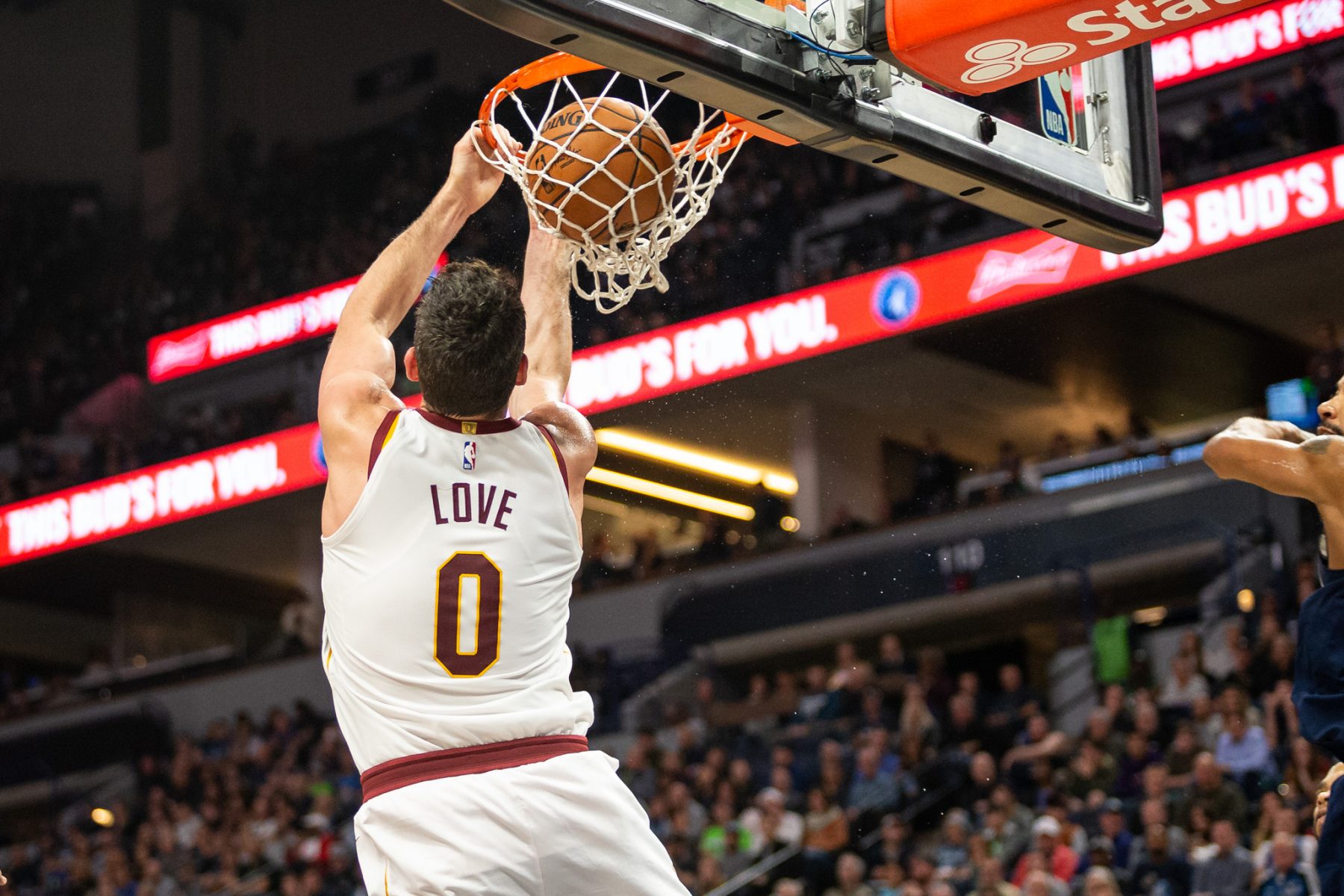 Since entering the NBA in 2008, Cleveland Cavaliers forward Kevin Love has been a dual threat when it comes to scoring and hauling down rebounds. As he gets set to start his 12th season in the league, a new report indicates that Love’s abilities on offense are expected to be fully utilized by new Cavs head coach John Beilein.

Chris Fedor of Cleveland.com explained the strategy behind using Love in that capacity. He indicates that because the Cavaliers are still in the early stages of rebuilding the franchise, Love’s scoring punch will help smooth the transition for the team’s younger players.

“They know he will help take pressure of the three-player rookie class and the other young pieces that matter most to moving forward,” Fedor wrote. “Beilein is excited to coach Love and plans to make him the offensive focal point, even using him as a small-call center in a spaced-out lineup.”

In his five seasons with the Cavaliers, Love has averaged 17.1 points, 10.0 rebounds and 2.1 assists per game. His scoring was largely reduced because of the presence of past Cavs stars that have since moved on such as LeBron James and Kyrie Irving. Obviously, that’s a situation that no longer exists.

Love was supposed to see an uptick in his offensive numbers last year, but only saw action in 22 games last season after undergoing toe surgery last November. An extended recovery kept him off the court until just before the All-Star break, one of a number of key injuries that sparked the Cavaliers to overhaul their roster.

The 31-year-old Love is set to begin the first year of the four-year, $120 million contract extension he signed last year. Given the rebuilding the Cavs are undergoing and the amount of money he’s making, speculation about him being traded continues to surface.

Depending on the course of the Cavaliers’ season, the team may make a more concerted effort to deal Love if it appears the team is destined for another bad season. Regardless of which course the campaign takes, having him back on the court on a regular basis will give the team a consistent player who can deliver a double-double in each game.