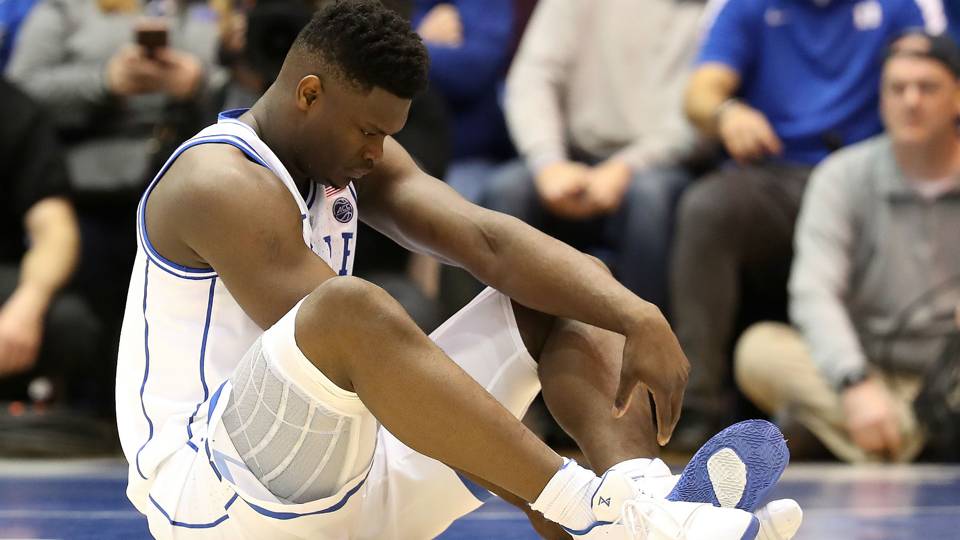 Duke University star Zion Williamson hasn’t played since he suffered a mild knee sprain against rival University of North Carolina back on Feb. 20.

Since his injury, former and current players, coaches, and fans have all voiced their opinions on what Williamson should do with the rest of his college career. While he could likely return to the court well before the season comes to an end, some are of the opinion that the projected first overall draft pick should sit out and stay safe.

When Kevin Love was asked about Williamson when speaking with Jason Lloyd of The Athletic, he made it very clear that he believes the young phenom should do what’s best for himself and his family.

“It’s tough. I still consider my college teammates family,” Love said of his experience at UCLA. “We weren’t playing for anything except to win a national championship. It wasn’t about money, it wasn’t about none of that. So that camaraderie, plus I love Coach K (Mike Krzyzewski) and that staff is great. I know most of them. But with a guy like that, I think you’re going to see it more and more now that if kids are going to the NIT or you don’t have a chance to win the national championship or a kid goes down with the injury, you’re just going to shut it down.

“You’re seeing it a lot more in these bowl games in football. So I think you’ll see that a lot more. If I were him, I’d probably say, especially after a scare like this, I’d heavily consider telling the NCAA to pay us or else shutting it down and doing what’s best for his family. That kid is really an exceptional talent and from everything I’ve heard, he’s a great kid. I think he’s going to have a lot of success in this league. I would lean toward not coming back.”

This is coming from a veteran player who has suffered quite a few injuries throughout his career. Love knows as well as anybody what an injury can do to your ability and how it can impact your perceived value. That probably plays quite a large role in his opinion of Williamson’s current predicament.

As for what comes next for Williamson, it’s quite likely that he ultimately ends up in the Wine and Gold. As the Cavs currently have one of the three worst records in the NBA, they are currently tied with the New York Knicks and Phoenix Suns with a 14 percent chance to land the top pick in the 2019 NBA Draft.

Love spoke about that fact as well when he was asked if he ever thinks about draft odds during games.

Still though, if Love knew that Williamson was destined to end up in Cleveland, it’s likely he’d be even more adamant about the 18-year-old doing what’s best for his future career from here on out.