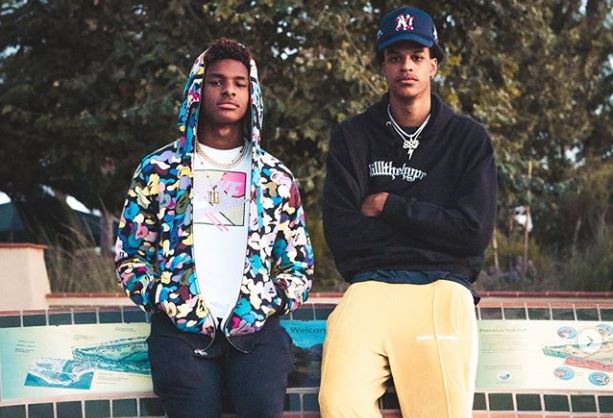 Shareef O’Neal brought back memories of years past when he posted a photo of himself and LeBron James Jr. on his Instagram account.

In the caption, O’Neal compared himself and James Jr. to their respective fathers, Shaquille O’Neal and LeBron James, who teamed up during the 2009-10 season with the Cleveland Cavaliers.

The kids, as the younger O’Neal pointed out, are “the new wave” of the O’Neal-James tandem.

James Jr., or Bronny as he is known to many, is a high school student at Sierra Canyon School in Los Angeles, Calif. Meanwhile, the younger O’Neal is expected to play his first season with the UCLA Bruins this year after redshirting his freshman year with a heart condition.

The 19-year old O’Neal had a routine checkup last year that revealed a medical issue with his heart. He underwent successful open-heart surgery in December, but appears to have recovered nicely and seems ready to finally play college basketball.

Perhaps the younger O’Neal and the younger James can team up in the NBA someday, just like their dads.

For one year, the Cavaliers were treated to a legendary pairing when the elder O’Neal, who was 37 years old that season, played with James in Cleveland. Had the 7-foot center been a few years younger, Cleveland could have been treated to a championship in 2010, many years ahead of its first title in 2016.