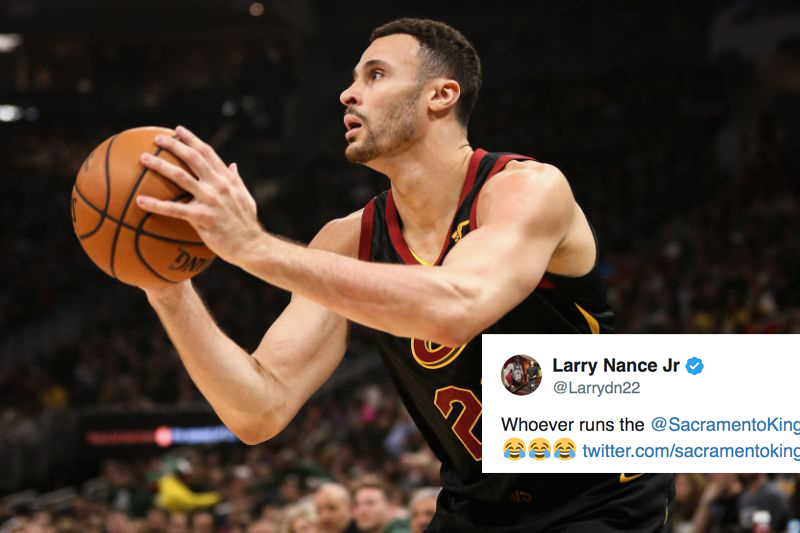 The Cleveland Cavaliers big man went on Twitter to comment on and retweet the Kings’ hilarious video that pokes fun at the fact that their team only has one nationally televised game for the 2019-20 regular season.

Whoever runs the @SacramentoKings social media needs a raise ??? https://t.co/Vw3NIvVQD8

The Kings released their 2019-20 schedule on Monday which revealed their lone national television appearance, as they play host to rookie phenom Zion Williamson and the New Orleans Pelicans on Wednesday, March 11.

Sacramento will appear on NBA TV seven times while the rest of its games will be broadcast locally.

After missing the playoffs for 13 straight seasons, it might be too much to expect the Kings to have more than just one game on national TV. Though they had a commendable 39-43 record last season, the lack of an All-Star or prominent rookie, like the Pelicans’ Williamson, hurt their chances at getting more national exposure.

Nance and the Cavs are in a similar situation with the Kings as their own calendar shows that they appear on national television just once this season—a Nov. 8 matchup on the road against the Washington Wizards which will be shown on ESPN.

Perhaps the Cavs could take a page out of the Kings’ social media playbook and do an equally comical take on their situation.