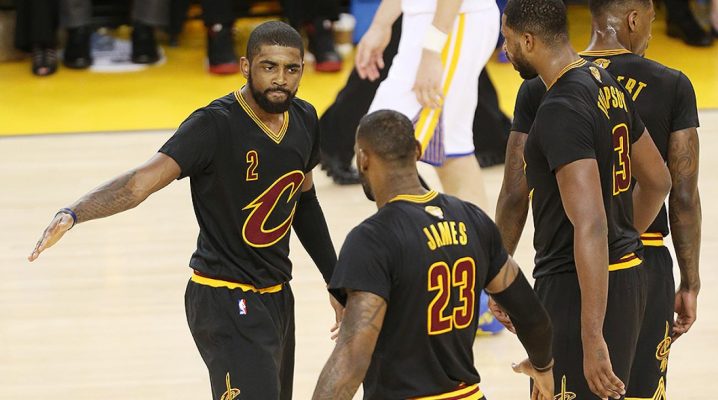 After losing Game 4 of the 2016 NBA Finals at home to the Golden State Warriors, Tristan Thompson and LeBron James had a stern and direct message to their fellow teammates: Do not get on the plane if you don’t think we can win this series.

In an interview with Chris Haynes of Yahoo! Sports, Thompson expanded on this very moment.

Thompson and James added that although winning at Oracle Arena would be a tough task, emerging with a victory in Game 5 would provide some much needed momentum for the Cavs going forward in the series.

“Because we know that winning at Oracle was tough,” said Thompson. “We knew we can win a game at home. we knew we could win game six at home. But winning Game 5 is a crucial game in a series. Especially in a playoff series: whoever wins game five is usually in the driver’s seat, because you get a little more leeway.”

We all know how that series ended. The Cavs did the unthinkable and became the first team in NBA Finals history to come back from a 3-1 deficit.

Much has been said about James’ extraordinary leadership qualities throughout his career, and the 2016 NBA Finals was an example of his ability to shine brightly as an elite leader. However, it is clear that other Cavs players, such as Thompson, had a lot to do with motivating fellow teammates as well.