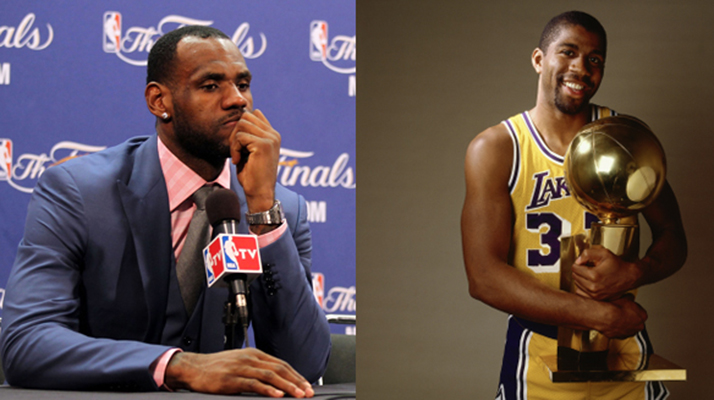 It’s no secret. The Cleveland Cavaliers are a mess. Just six months ago, spirits were high and expectations even higher along the shores of Lake Erie as Cleveland’s prodigal son, LeBron James, returned to his hometown Cavaliers.

Fast forward to today, and the Cavs sit at an unimpressive 19-20 record and have lost a troubling six games in a row.

So what exactly needs to change in order for this team to live up to all the preseason hype and potential? The answer may actually be simpler than one might think.

The problem with the Cavaliers doesn’t revolve around one player or one man individually, but instead, the entirety of the team and coaching staff. Coach David Blatt is oftentimes too passive and hesitant to get in his players’ faces. LeBron and Kyrie Irving often rely far too heavily on isolations, instead of running Blatt’s sets. Tyronn Lue has allegedly been attempting to undercut his head coach at times.

There is no singular problem, nor a single solution that will right the ship for the Cavs; however, their fearless leader, LeBron James, can make us all “Witnesses” once again by following in the path of one of the NBA’s greatest-ever winners (and no, his name is not Michael Jeffrey Jordan).

As the Cavaliers trot into tinseltown tonight to take on the Los Angeles Lakers, one name in particular comes to mind – “Showtime” himself, Earvin “Magic” Johnson. Magic was a true trail-blazer, a one-of-a-kind player who took the point guard position to places it had never been before, and if James hopes to take the Cavs to similar uncharted waters, he must follow in the footsteps of his predecessor.

Although many have been quick to juxtapose James to his childhood hero, Michael Jordan, the similarities between LeBron and Magic are almost uncanny. Both men stand tall at 6-foot-8-inches in height. Both are capable of lining up at just about any position on a basketball court. Both possess some of the best court-vision and highest basketball IQs of anyone in the game.

The main difference between the two is that Magic fully embraced the point guard position, while LeBron continues to insist on playing on the wing, in his natural position of small forward. In order for the LeBron to effectively right the ship for the Cavs, he must stop trying to “be like Mike,” and embrace his inner “Showtime.” Allow me to explain.

The “secret” to David Blatt’s Euro-Princeton hybrid style offense is actually no secret at all. His system revolves around and relies heavily on one thing – ball-movement. If you were to watch tape of any of Blatt’s Maccabi Tel Aviv teams, the movement within the offense is the one thing that stands out more than anything else.

However, the Cavs are oftentimes stagnant on the offensive end, lacking any real degree of movement or flow at all, and the statistics show. The Cavs, as a team, average 21.8 assists-per-game, which goes right along with the league average of 21.87; however, we all know that average doesn’t win championships. To put that number into perspective and show why it must increase, when the Cavaliers put up 23 or more dimes, they are 11-6, while they sit at a lowly 5-12 in contests in which they assist 20 or less made field goals. Bottom line is, the Cavaliers need to produce more assists in order for their offense to flourish like many thought it would prior to the season.

The problem with the Cavs lies with the point guard position. They just simply do not generate enough assists. Between Irving and backup Matthew Dellavedova, the Cavs average just 8.5 assists-per-game from the point guard spot. Here’s some perspective. The top ten teams in the NBA record-wise (ATL, GSW, POR, DAL, HOU*, MEM, WAS, CHI, LAC, TOR) average 11.06 assists per contest from their point guards, with the lowest of those being the Houston Rockets with 10.0 APG. Put that alongside Kyrie and Delly’s numbers and the problem becomes evident.

Because of these low numbers, James must channel his inner-Magic and play more point, easy as that. Contrary to what one might think, LeBron’s assists are actually more crucial to the Cavs’ chances of victory than his points. For example, when King James records eight or more assists, the Cavaliers are 11-3 (3-7 when he has 5 or fewer); but when he puts up 30 or more points, they are, surprisingly, only 5-4. He simply needs to get the movement flowing within the offense and create more shots for his teammates. 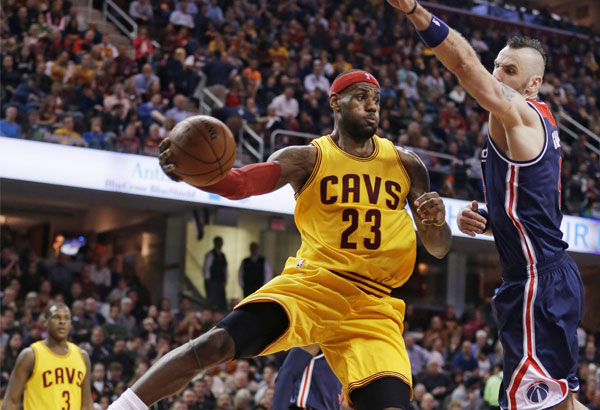 This fact is exemplified with the way this particular team is composed. James is surrounded by a plethora of shooters. The Cavs alone possess three of the past four Three-Point Shootout winners in Irving, Kevin Love and James Jones. Add in guys like J.R. Smith, Mike Miller and Joe Harris, and you’ve got a potentially-lethal shooting team.

The only problem with this is that only two of those players (Irving and Smith) are capable of creating their own shot. The rest rely heavily on others getting them the ball when and where they need it in order to be effective. Add in the fact that Love is at his most effective when properly set-up by others in the post, and Kyrie’s unwillingness to become a true point guard, and LeBron’s need to be the Cavs’ de facto point guard becomes even more obvious.

We’ve seen, in brief moments, what this team is capable of once they get the ball moving, and the offense turns into a free-flowing, well-oiled machine. Defenses are put on their heels and the open man is found, which, in turn, leads to more made baskets and allows the Cavaliers to get back in position on defense.

The Cavs’ current struggles on defense are caused by a snowball effect of sorts. When they go out there and run isolation plays with Kyrie or LeBron, they tend to settle for lower-percentage shots. When those shots don’t fall, it allows the opponents to grab rebounds and push the ball in transition, causing an already weak defensive team to be pushed even further onto their heels. That’s when bad things happen. If James decides to take the initiative and get the ball flowing like it should, many of those defensive issues will begin to clear themselves up, simple as that.

Being the greatest player on the planet, James will obviously need to score. There will be nights where his shooters’ shots just simply are not falling and the game will call for his unstoppable ability to put the ball in the net. The Cavaliers won’t win if he goes full-on Kobe Bryant, nor will they be effective if he turns into some sort of Rajon Rondo clone, but finding some sort of middle ground is key.

LeBron James can continue to fall into the media’s trap and chase the G.O.A.T., Michael Jordan, but until he begins to follow in the footsteps of Magic Johnson and embraces wholeheartedly the point guard position, the Cavs may continue to struggle to stay afloat. And what better time to start than tonight, in the house that Magic himself built? Showtime is calling his name. All LeBron has to do is run with it, no audition required. This was the role he was born to play.

*James Harden was counted in Houston’s tally because Patrick Beverley is the only point guard on their current roster and Harden is often delegated ball-handling duties.