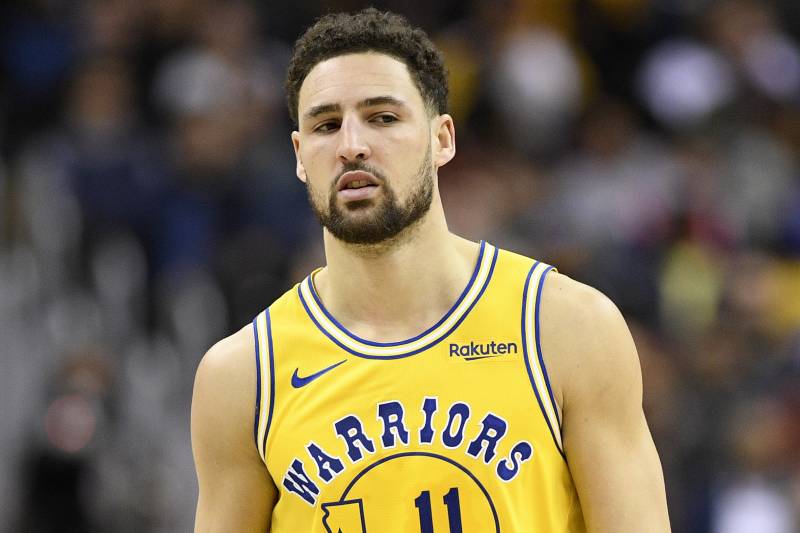 The Cleveland Cavaliers ended last season with four straight losses in the NBA Finals, all of them coming on the receiving end of a four-game sweep by the Golden State Warriors.

A new report indicates that Warriors guard Klay Thompson was confident that his team would accomplish that sweep and win their second consecutive league title.

Jayson Jenks of The Athletic offered an oral history of Thompson’s time at Washington State University, including descriptions of his fascination with video games. One of Thompson’s friends he spoke with was former teammate Marcus Capers, who also played guard for the Cougars. Capers recalled Thompson’s confidence about the course of last year’s Finals:

“I was going to get a flight for Game 5 of the Finals in Oakland. He was like, ‘Nah, we’re about to sweep this. We can tell, they’re just defeated, so come to Cleveland.’ After Game 3, they won and we were sitting there chilling. I was like, ‘Alright, bro. What do you want to do?’ We were just sitting there catching up. And as we were catching up, he brought out a Nintendo64. Like, he traveled with it everywhere, and we played “Super Smash Bros.” until probably 3 in the morning.”

However, it was Kevin Durant who was the central component in making the sweep happen, with 43 points in Game 3, including a back-breaking 3-pointer in the final minute of the 110-102 win. That disheartening ending led to an easy 108-85 win in which Durant collected a triple-double with 20 points, 12 rebounds and 10 assists.

Of course, fans of the Cavaliers know all too well that a costly J.R. Smith blunder in the closing seconds of regulation in Game 1 might have changed the momentum of the series. Instead, it led to an overtime defeat and the apparent mindset that Thompson sensed.

Less than a month after that final game, LeBron James left the team in free agency and the Cavaliers have fallen into disarray. Meanwhile, the Warriors are seeking to win their fourth title in the past five years and currently hold a 40-15 record, with Thompson averaging 22.1 points, 4.0 rebounds and 2.1 assists per game.