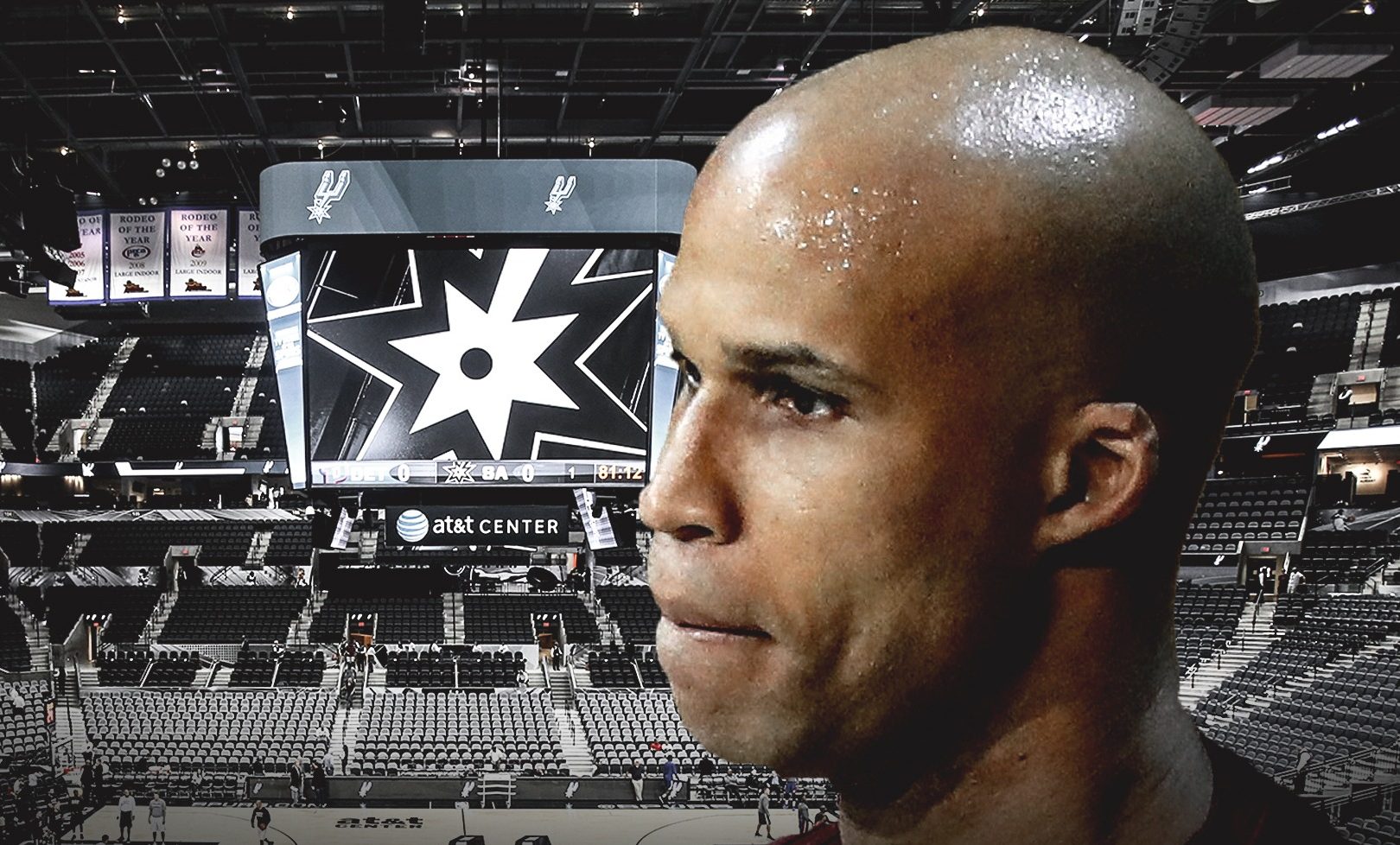 Richard Jefferson was quite the journeyman during his time in the NBA, playing for eight teams throughout his career.

One of the teams he played for was the San Antonio Spurs. Apparently, he didn’t exactly warm up to the city of San Antonio even though he spent three seasons there.

In a recent video interview for Men’s Health, Jefferson jokingly said that he would hate to play with Spurs legend Tim Duncan again.

When he began discussing the city of San Antonio, it’s difficult to decipher if he was trying to be funny or simply speaking his truth.

Asked about the worst place that he played for, Jefferson said that San Antonio is a “dump.”

Not only that, it sounded as if he and the fans never got along very well.

“San Antonio fans just hate me no matter how many nice things I say about them and I’m really getting to the point where it’s just like, ‘Screw off.’ Like dude, I can only say so many positive things about you before you all keep killing me.”

Jefferson is known to fool around a lot in interviews and this could just be the case of the former Cleveland Cavaliers forward trying to be funny. Then again, calling San Antonio a dump is a bit harsh considering the amount of time he spent there.

He recently announced that he was coming back to play basketball for one more season after retiring last year. However, considering his love for practical jokes, he could certainly be joking about that as well.

Hopefully, we’ll hear from Jefferson soon about which of his recent statements he’s really serious about.