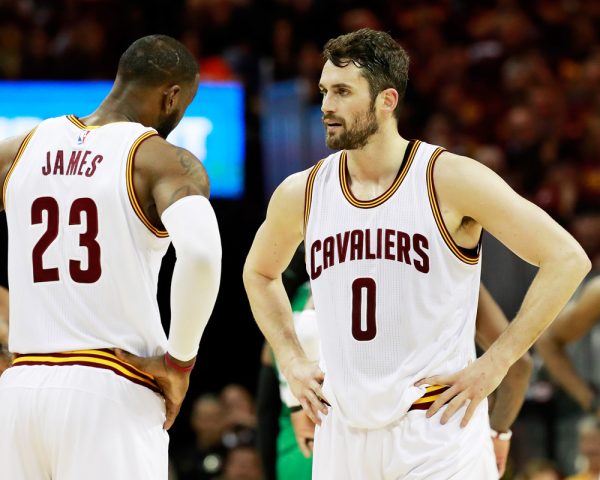 Before the start of training camp, Cleveland Cavaliers head coach Tyronn Lue had stated that Tristan Thompson was the team’s starting center. But according to Joe Vardon of Cleveland.com, Lue is still in the process of figuring out how to utilize all of the talent he has on his roster.

This could ultimately mean that power forward Kevin Love may start at center with Jae Crowder at power forward, as the newly acquired forward was reportedly seen at the 4 with the other starters.

Love said that he expects to see a lot more time at center this upcoming season.

“We did a lot of that last training camp, but as far as how the sets are put together right now throughout training camp I am seeing a pretty significant amount of time there,” Love said Saturday. “Depends on — now with so many guys on the team and so many lineups that we can throw out there it will probably change.”

Lue did not say very much else about the situation, but if Thompson and Love both start in the frontcourt together for the Cavs, there will be limited opportunities to space the floor.

“Spacing opportunities, spacing the floor,” Lue said when asked what he likes about Love playing center. “Being able to play through the elbows with multiple guys.”

The Cavs have a lot of options they can use off the bench to spread the floor, which includes the likes of veteran forward Channing Frye and newly acquired journeyman forward Jeff Green.