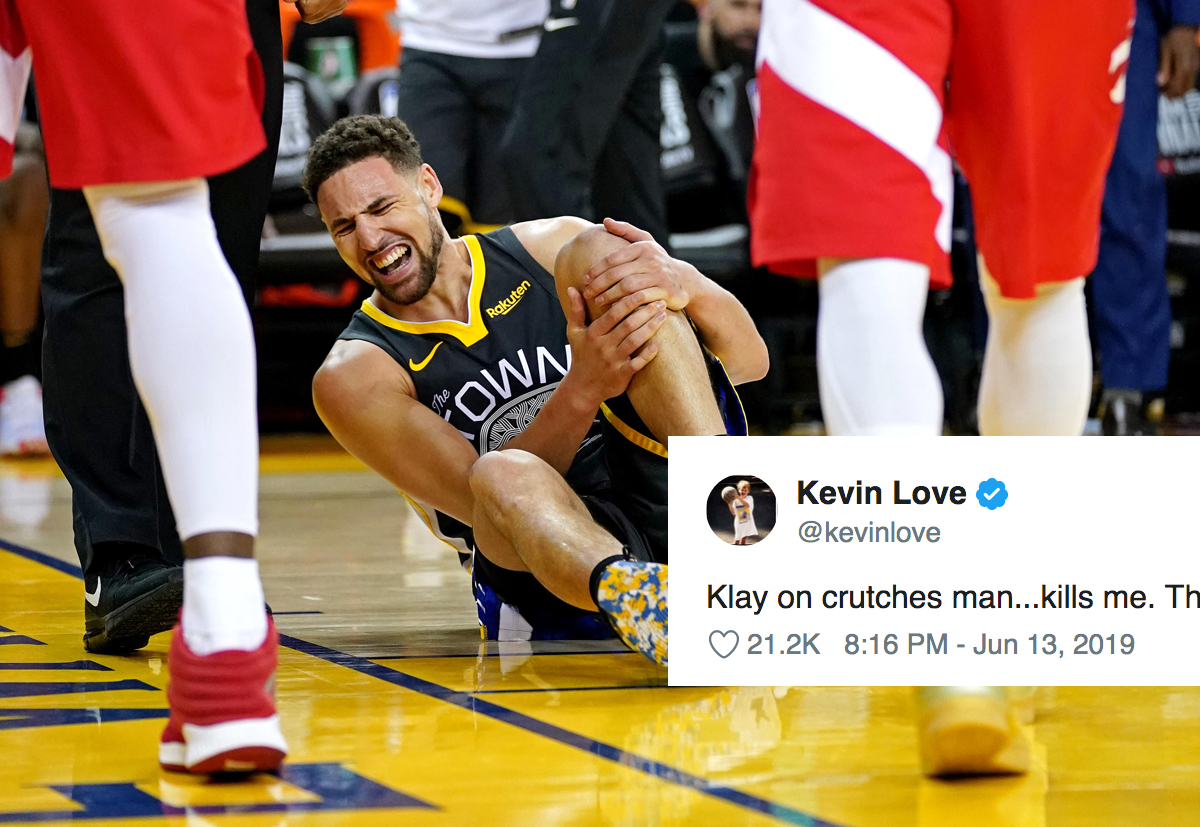 Game 6 of the 2019 NBA Finals will sadly be the last game for quite some time for Golden State Warriors guard Klay Thompson.

Shortly following the game, it was revealed that Thompson tore his left ACL when he took a nasty spill under the basket during the third quarter of Thursday’s game against the Toronto Raptors.

Right after the fall, Cleveland Cavaliers star Kevin Love took to Twitter to express his disbelief.

It was just a few days ago that Thompson’s teammate Kevin Durant suffered a ruptured Achilles in the early minutes of Game 5.

While the Warriors managed to somehow overcome Durant’s absence and force a Game 6, the former defending champions could not overcome Thompson’s departure. They fell to the Toronto Raptors, 114-110.

Following the game, Love took to Twitter once again, clearly shaken over the fact that Thompson had suffered a serious injury.

Klay on crutches man…kills me. These injuries are some bullsh*t!!!

It wasn’t until a bit after Love’s tweet that the extent of Thompson’s injury was made official.

Thursday night marked the end of a dynasty for the Warriors. It also marked the beginning of a period of great uncertainty.

Both Thompson and Durant enter this summer as free agents. They both now enter that period recovering from very serious injuries.

Regardless of where the two stars decide to continue their careers, here’s hoping that they are able to make full recoveries so that they can continue to dazzle fans with their undeniable abilities.