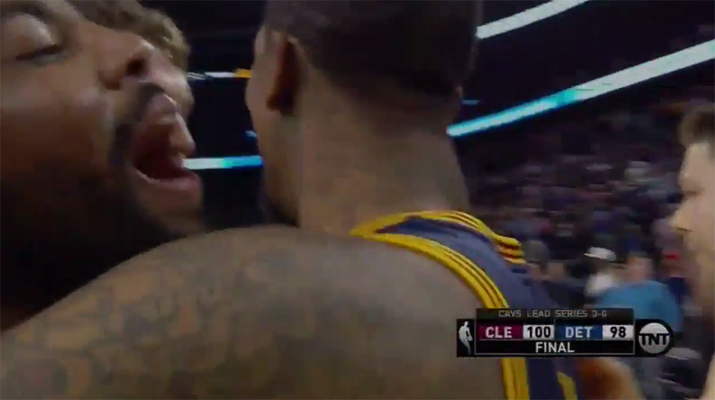 The sweep is now officially complete.

The Cleveland Cavaliers beat the Detroit Pistons 100-98 to complete a Game 4 sweep on Sunday night. The MVP of the night was without a doubt Kyrie Irving, who hit a huge triple with 43 seconds remaining and finished the night with 31 points, three rebounds, and five assists.

After the game, Irving was seen celebrating with his teammates as he emphatically yelled “bye bye” to Pistons fans in the arena.