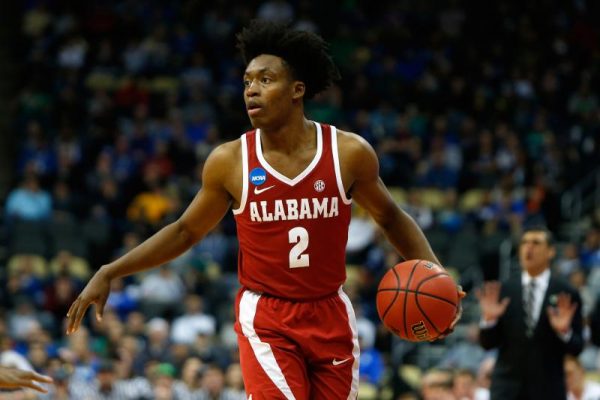 Now that the Cleveland Cavaliers have seen their 2017-18 season come to an end, they’ve shifted gears to the NBA draft, which takes place on June 21 in Brooklyn. They have the eighth overall selection and are in the midst of assessing potential selections, with University of Alabama guard Collin Sexton being worked out on Saturday.

No rest for the weary: With the Cavs’ season ending in a Finals sweep on Friday, the front office hosted a draft workout for Alabama guard Collin Sexton on Saturday, league sources tell ESPN.

Sexton is a 6-foot-3 point guard whose freshman season with the Crimson Tide this past year saw him average 19.2 points and 3.6 assists in 33 games. He won’t turn 20 years old until next January. After the season, he was named Co-Freshman of the Year by the SEC.

Considered an aggressive presence on the court, Sexton does need to improve on his shooting touch. While the team drafting him is expected to use him at point guard, he’s flexible enough to play in either backcourt spot.

The Cavaliers acquired the pick as part of the Kyrie Irving deal last August. One of the team’s chief needs is help at point guard, though if LeBron James ends up leaving in free agency, a rebuilding process will begin for the team. That will mean many more holes need to be filled.