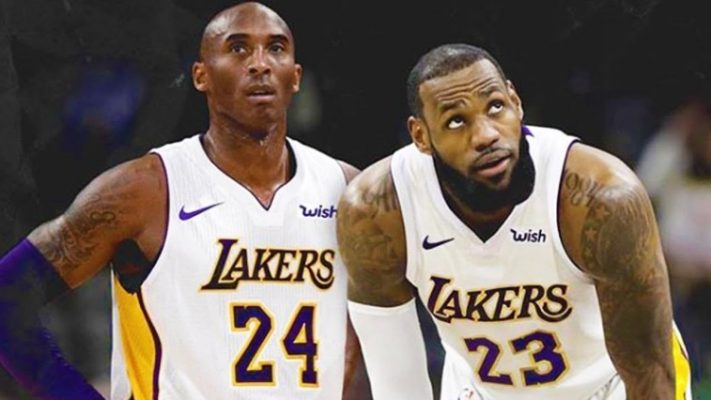 When former Cleveland Cavaliers forward LeBron James left the team to join the Los Angeles Lakers, some of the most wild speculation focused on former Laker legend Kobe Bryant coming out of retirement to play with him.

With the Lakers having begun this season with three consecutive losses, Bryant offered an interesting comment about that possibility (starting at the 45-second mark) during a Tuesday night appearance on Jimmy Kimmel‘s weeknight talk show.

The idea of the 40-year-old Bryant returning to the court was said in jest, given his immediate rejection of the idea after making it. Kimmel’s suggestion that the highly competitive James would tank games to make it happen also had a heavy dose of sarcasm attached. The chief reason for Bryant rejecting the idea is his busy post-basketball career, which has included family concerns and making films.

Like the Lakers, James’ former team is also currently experiencing some early-season struggles after losing their first three games. The Cavaliers embarked on a rebuilding project once James made his July 1 announcement that he was leaving the team for the second time. In his previous four seasons with the Cavs, James led them to four consecutive trips to the NBA Finals and the franchise’s first-ever league title in 2016.

James will make his first trip back to Cleveland next month when the Lakers travel to Quicken Loans Arena for a Nov. 21 contest. What record each of these scuffling teams has at that point remains to be seen.