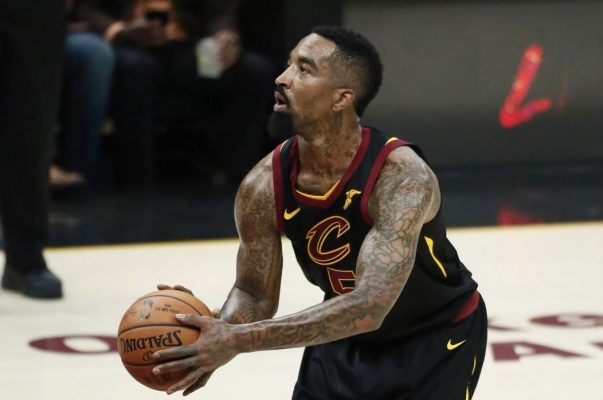 Dealing with a sore right elbow has resulted in Cleveland Cavaliers shooting guard J.R. Smith being ruled out when the team opens the 2018-19 season on Wednesday night in Toronto. The issue, which originally had Smith listed as doubtful for the contest, is the latest in what’s been an injury-plagued preseason for the 33-year-old veteran.

Smith underwent an MRI on the elbow on Monday, which showed no structural damage, but was still held out of Tuesday’s practice. The veteran sat out the Cavs’ preseason finale last Friday, but didn’t appear concerned at the time:

“Too much shooting, not enough passing,” Smith joked to Cleveland.com when asked the reason for his injury.

Smith is set to begin his 15th season in the NBA, but has spent much of the offseason getting in top shape after two consecutive seasons of struggling play. Issues both on and off the court, including an injury that kept him from playing for three months during the 2016-17 season, were seen as the main cause for the decline.

During this preseason, Smith also dealt with a hip injury that kept him out of a intrasquad scrimmage. His on-court time has also had its share of turmoil, with a scuffle on Oct. 6 nearly sparking a brawl against the Boston Celtics. That resulted in a $15,000 fine.

Smith’s struggles over the past few years could potentially have an impact on his future with the team. Besides being the subject of trade rumors, a possible reduction in playing time has reportedly been discussed. Next year is the final year of a four-year deal he signed in 2016, with only a portion of the salary for the 2019-20 season guaranteed.