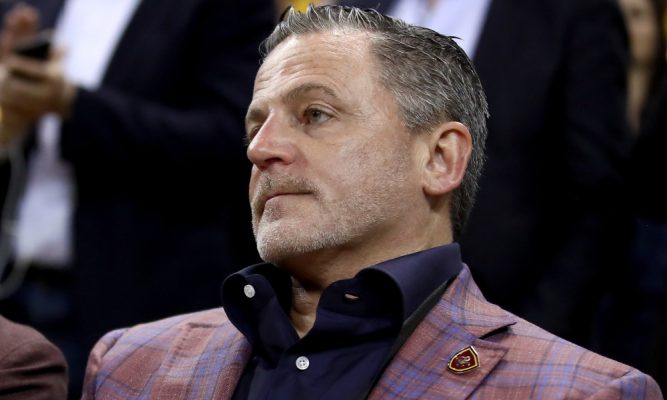 It has been more than a week since Cleveland Cavaliers owner Dan Gilbert was admitted to a hospital in the Detroit area after suffering a stroke.

He continues to be hospitalized in the hopes of recovering fully as soon as possible, as reported by Cleveland.com:

“Cleveland Cavaliers owner Dan Gilbert will not be with the Cleveland Cavaliers for the 2019 NBA Draft and won’t be involved in the process leading up to June 20 either, continuing to focus on his recovery following a stroke on May 26, league sources told cleveland.com.”

But Gilbert’s recovery will not be that easy based on a recent statement from Quicken Loans CEO Jay Farner.

“Dan’s recovery is a process that will take time — but we are all confident that he will meet this challenge head on as he always does,” Farner said.

Despite this, it appears that the 57-year old Cavs executive hasn’t lost his sense of humor.

Farner conveyed a story that Gilbert, still in the hospital, asked for “his favorite beverage,” but when he learned it was unavailable, “insisted that a review of the hospital’s beverage best-practices be completed.”

Gilbert’s lightheartedness despite his condition is a good sign for his family and friends as well as Cavs fans in general.