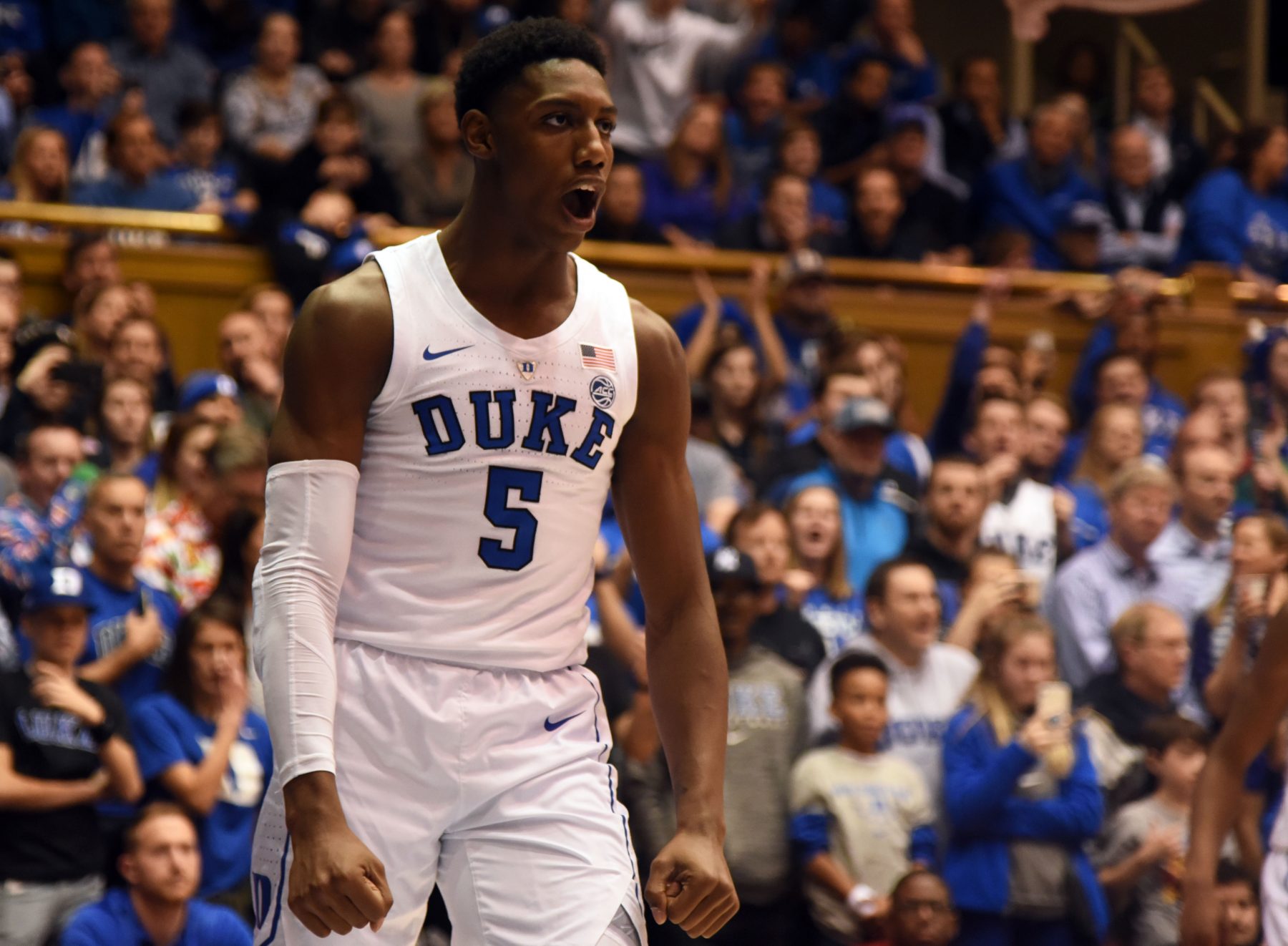 The current NBA draft order has the Cleveland Cavaliers waiting for four other teams to make their selections in the first round next month.

One new report indicates that the Cavaliers would love to be able to draft Duke University’s R.J. Barrett, a goal that could very well require some maneuvering on their part to make it a reality.

Was told Cavs really want RJ Barrett… so we'll see how aggressive they get. https://t.co/AgrVKSx3y1

The reason that the Cavaliers will likely have to employ such strategies is because Barrett is expected to be one of the first three players chosen in the draft. The consensus first pick that went to the New Orleans Pelicans in Tuesday’s NBA lottery is Barrett’s Duke teammate Zion Williamson.

After that, Barrett and Murray State University guard Ja Morant are currently projected to be the next two selections. The Memphis Grizzlies are in the second slot right now, while the New York Knicks have the third pick.

The reason that Barrett is in such demand is because he has speed and quickness to go along with his overall skills on both sides of the court. In his only season with the Blue Devils, he averaged 22.6 points, 7.6 rebounds and 4.3 assists.

One potential scenario was offered earlier this week, whereby Barrett would fall to the Cavaliers in the fifth spot, without the team having to give up anything in return. Of course, the projections of one writer hardly constitutes an accurate depiction of what will taken place on June 20. However, it does offer a potential ray of light for the Cavs and their fan base that felt such disappointment after the lottery had ended.