When the Cleveland Cavaliers signed Kevin Love to a four-year extension in the offseason, the belief was that the team would still be able compete in the Eastern Conference. After passing the midway point of the season, that belief is all but extinguished.

At this point, Cleveland could seek to trade Love to a contending team in exchange for young players and assets. The team quickly pivoted once it was clear that the 2018-19 season was a lost cause. Now that the Cavaliers are committing to a rebuild, teams will undoubtedly have interest in the All-Star forward.

Love’s hefty contract makes it more difficult to move him during the season, but it’s not impossible. The return could be less than stellar if teams are hesitant about Love’s advancing age and concerning injury history. The Cavs want to recoup as much value for Love as possible, but acquiring picks to unload Love’s contract could be the team’s best bet for the future.

Although Cleveland might not love the packages teams are willing to put together for Love, here are five realistic trade packages that could entice Cleveland to trade away their All-Star forward.

Love to the Pelicans makes sense on a few fronts. First off, the Pelicans have the assets to pull off a deal. Not to mention, acquiring the All-Star could be a way to entice Anthony Davis to stay in New Orleans long-term. It would show Davis that the organization is committed to building a winning team around him.

A first-round pick would be a must for the Cavaliers in this deal. The Pelicans may feel comfortable parting ways with the pick if it’s lottery protected. After securing a first-round pick — likely in the high teens to mid 20s — the deal would be all about making sure the contracts match up.

Randle makes sense. He plays the same position as Love and he poised to decline his player option for next season. This makes Randle somewhat expendable since his long-term future in New Orleans is still uncertain. Adding journeyman Hill to the mix would make this trade work financially. Hill is having a forgettable season and the Pelicans won’t mind dealing him if it brings back an All-Star. 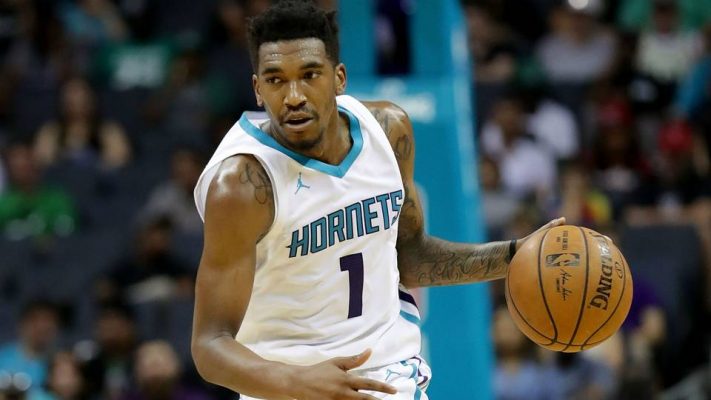 Much like the Pelicans, the Hornets need to do some convincing to keep a star player around. Walker will leave a lot of money on the table if he walks away from the Hornets in free agency this summer. That being said, the Hornets still need to show that they are capable of surrounding Walker with legitimate talent.

While Charlotte isn’t the most attractive destination for free agents, trading for Love is one way to ensure the Hornets front office can pair Walker with another star player. To reach a deal, the Hornets would have to part ways with two key assets. Malik Monk, the team’s lottery pick in the 2017 draft, and a 2019 first-round pick would have to be in the deal.

Trading for Love would show the world just how committed Charlotte is to keeping Walker around. 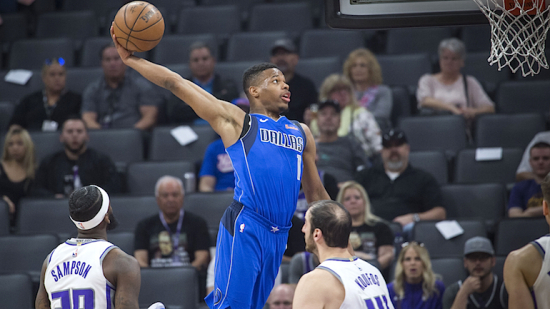 Do the Mavericks believe they have a legitimate chance at signing one of the top tier free agents next summer? The prospect of playing alongside Luka Doncic might sway a few players, but there are no guarantees that Dallas finds a running mate for Doncic via free agency.

Team owner Mark Cuban appears hellbent on winning after one season of tanking. Acquiring Love would ensure that Doncic has an All-Star to play off of for the next four years of his career. If Dallas feels that Doncic can develop into a generational talent, they can surely compete in the Western Conference in the next few years.

The Mavericks already dealt away their 2019 first-round pick to acquire Doncic. The next first-rounder the team can trade is their 2021 pick. But that pick along with Smith Jr. and Matthews as salary filler could be enough to sway the Cavs if there aren’t any better offers on the table.

A backcourt pairing of Smith and Collin Sexton would be a project for Cleveland to figure out. But if each player can learn to play off the ball a little bit, they could be one of the most athletic backcourts in the league. If the lottery gods bless Cleveland with Zion Williamson in the upcoming draft, the Cavs would have one of the most exciting and athletic lineups in the league. 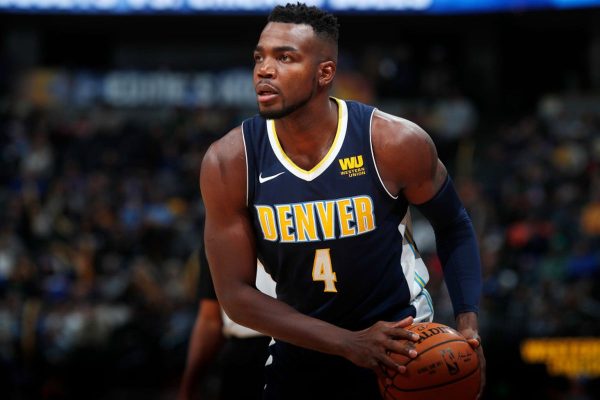 The Nuggets might be all in on this season. They sit in first place in the Western Conference and are coalescing around the play of superstar center Nikola Jokic. Although the Golden State Warriors are the clear favorites to emerge from the West once again, the two-time defending champions have looked human this season.

If the Nuggets think Love gives them a better shot at knocking off the Warriors, there’s a chance they make a splash before the trade deadline. Furthermore, the Nuggets could be willing to part ways with a future first-round pick in order to land Love. They have shown a willingness to trade first-rounders for the right deal.

The Nuggets drafted Michael Porter Jr. in 2018 and he is currently recovering from multiple back surgeries. If Denver feels he can still develop into a superstar, it could be even more comfortable trading away picks. The Nuggets can’t trade their 2020 first-round pick because they already dealt their 2019 first-rounder to the Brooklyn Nets in a salary dump. That would mean Denver would need to agree to part ways with their 2021 first-round pick.

Additionally, Millsap would need to be included to match salaries. Swapping Millsap for Love would be a risk in itself. Millsap is a defensive anchor for Denver, but Love would be a significant upgrade offensively. Furthermore, the Nuggets are sure to decline Millsap’s $30 million option in the summer. Love gives them long-term stability at the power forward position that Millsap doesn’t.

This type of move really only works if the Cavaliers are going all in on a long-term rebuild. This trade doesn’t bring back immediate assets and the main purpose would be to get off Love’s contract. 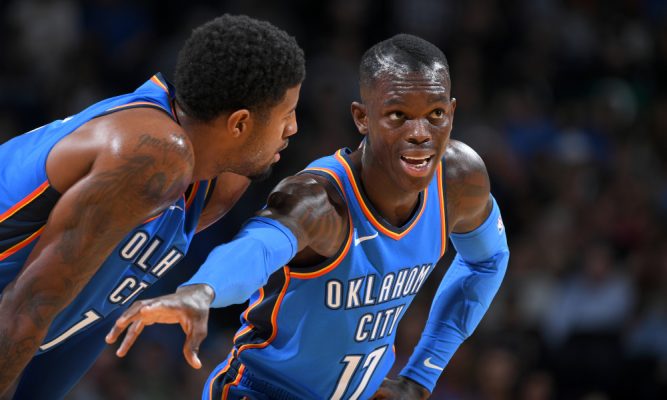 The Thunder already have two All-Stars in Russell Westbrook and Paul George. Sure, Love’s contract would put the Thunder in an even tougher salary-cap bind, but cap constraints and luxury taxes don’t seem to be a major concern in Oklahoma City. If general manager Sam Presti is serious about going all in on the next few years, Love could be the third star needed to complement Westbrook and George.

This trade all depends on how invested Presti is in Schroder. The backup point guard’s contract is really the only way a swap for Love can work. Schroder brings many of the same qualities to the table as Westbrook, so it’s possible that the Thunder decide he is expendable. If that’s the case, the Thunder could be willing to make a deal.

This deal gets tricky because the Thunder have already parted with many of their future first-round picks. The next first-rounder Oklahoma City could trade would be in 2024. But if the Cavs believe they can flip Schroder in the offseason for anything of value, they may pull the trigger just to be rid of Love’s contract.

This deal is a realistic return for Love, but this would be akin to waving the white flag. If Love is dealt for this package, the Cavs would be completely giving up on any short-term plans to contend and fully commit to a long-term rebuild.