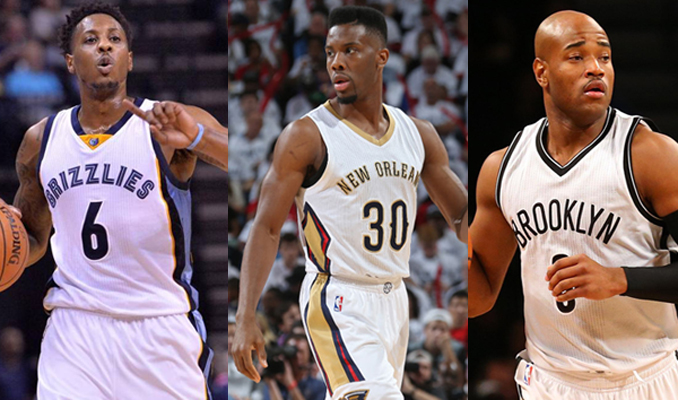 As the Cleveland Cavaliers continue their quest to find a suitable backup point guard to relieve the duties of superstar Kyrie Irving, three names have been constantly emerging: Jarrett Jack, Mario Chalmers, and Norris Cole.

According to Sam Amico, however, former Memphis Grizzlies point guard Mario Chalmers is the likeliest of the three to be signed by the Cavs within the next week:

“The Cavs are also working on obtaining a backup point guard sometime within the next week, with free agent Mario Chalmers believed to be the frontrunner. Free agent and former Cavs guard Jarrett Jack is also said to be in play, as are several others.”

Chalmers holds career averages of 9.0 points and 3.8 assists on 42.1 shooting from the field. The one caveat with the point guard, however, is that he is still rehabilitating from a recent ruptured Achilles.

Nonetheless, the Cavs have a glaring hole at the backup point guard position and the already-proven Chalmers could be the missing piece.