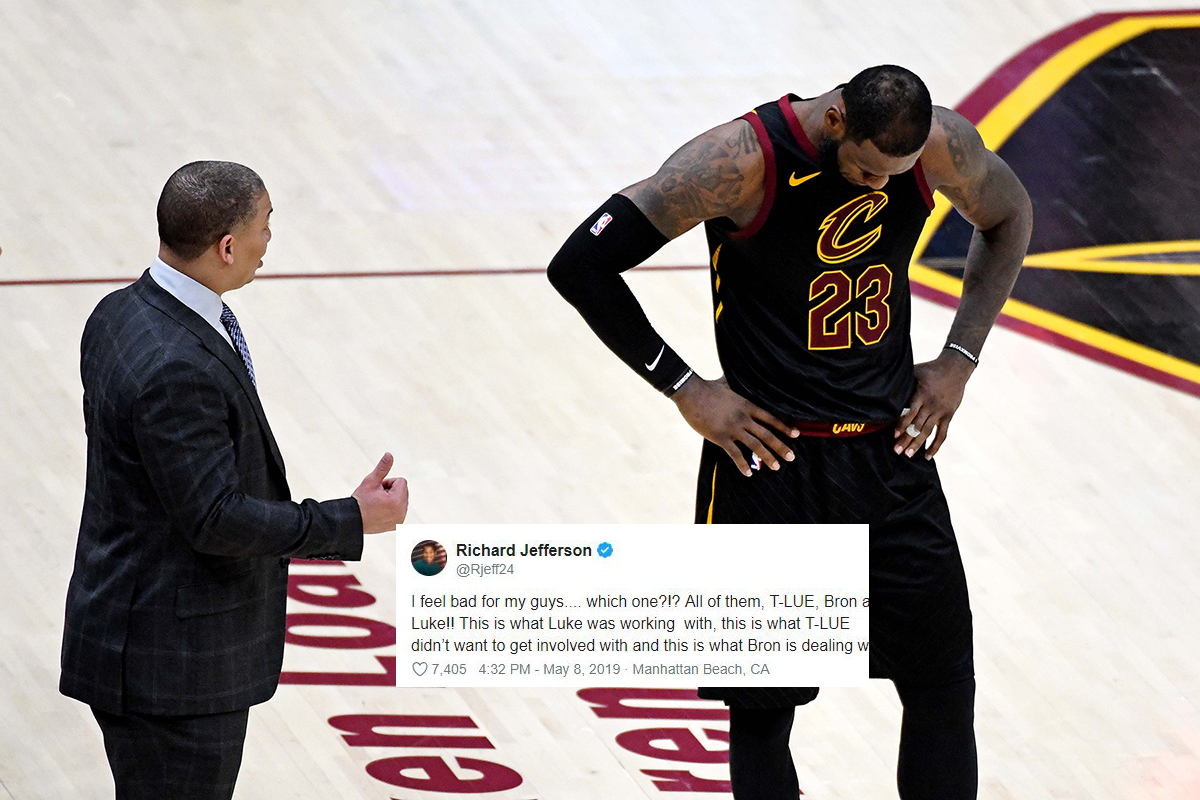 After contract negotiations between former Cleveland Cavaliers head coach Tyronn Lue and the Los Angeles Lakers collapsed on Wednesday, the Lakers were left to look at other candidates.

I feel bad for my guys…. which one?!? All of them, T-LUE, Bron and Luke!! This is what Luke was working with, this is what T-LUE didn’t want to get involved with and this is what Bron is dealing with.

Jefferson played for the Cavaliers for two seasons under Lue and was part of the iconic 2016 team that captured an NBA title. James was the key facet of that team and signed with the Lakers last July, when Walton was still serving as the team’s head coach.

The 2018-19 campaign for the Lakers slowly disintegrated, largely due to injuries to James and turmoil within the team’s front office. Despite being considered a potential playoff team, the Lakers missed the postseason, finishing with a 37-45 record.

That disappointment led the Lakers and Walton to mutually part ways on April 12, with Walton accepting the head coaching position with the Sacramento Kings three days later.

The aforementioned turmoil with the Lakers front office also resulted in Magic Johnson resigning as the team’s president of basketball operations. Over the past six seasons, the team has averaged just 27 wins per year, having missed the playoffs in each of those seasons. That dubious stretch was a far cry from the 10 NBA titles that were won by the franchise from 1980 to 2010.