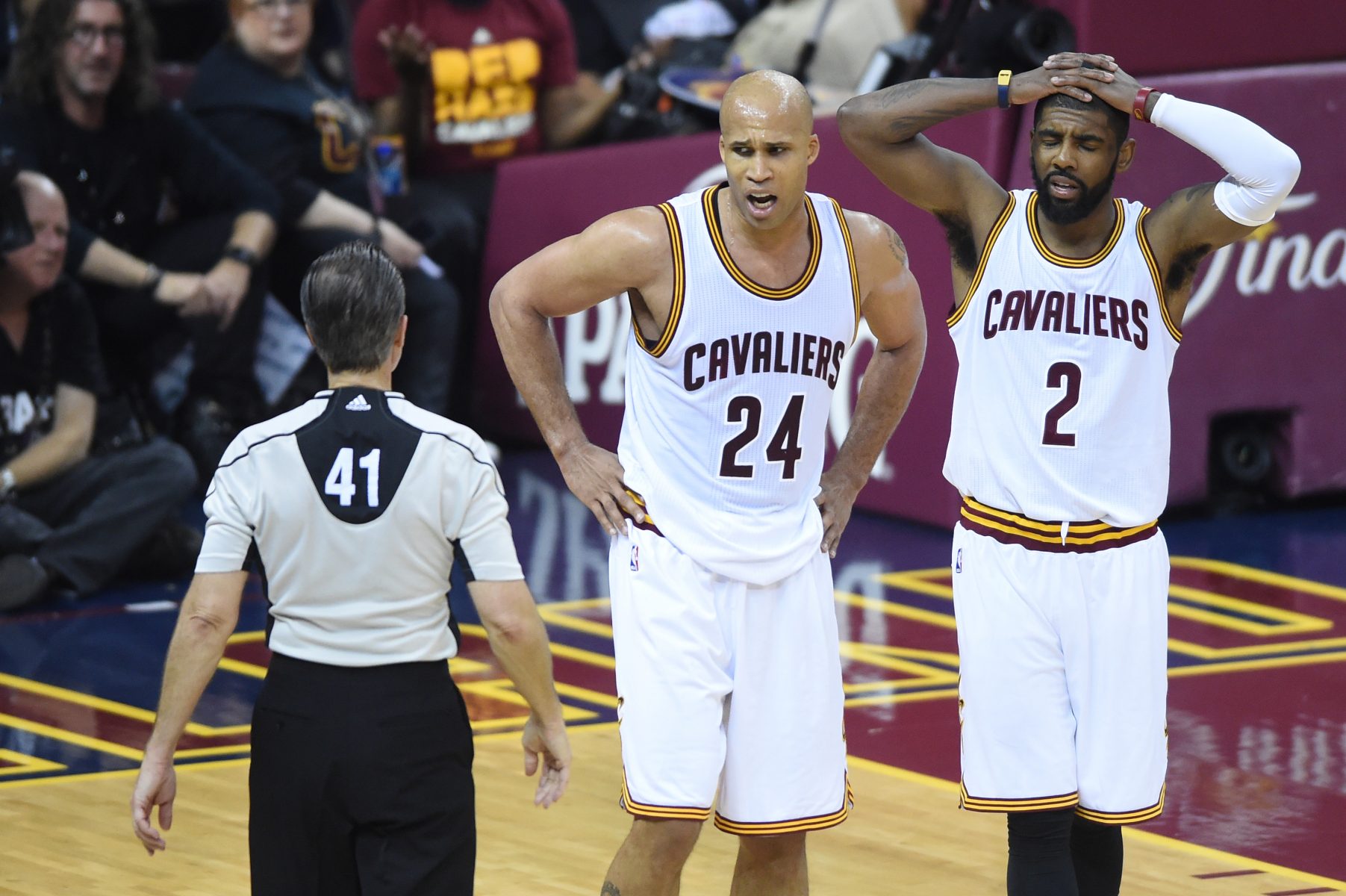 Kyrie Irving and the Boston Celtics are one game away from getting bounced by the Milwaukee Bucks in the second round of the Eastern Conference Playoffs.

Over the weekend, Irving’s former Cleveland Cavaliers teammate, Richard Jefferson, sat down with the “Pardon My Take” podcast and offered his opinion on Irving’s role as a leader in Boston.

“Let’s say this, I think some of the ups and downs weren’t necessarily his fault,” Jefferson said. “I think bringing back Gordon Hayward and him to a team that were one game away from going to the NBA Finals. I think for the young players to make that adjustment, to downgrade their game, so that they actually could get growth from Gordon and to get Kyrie back. I think that was difficult. I think Kyrie did a fairly good job, but it’s a new place for him.

“Understand Kyrie is still 26 years old. It’s like, but we’ve been watching him, he had one of the biggest shots in sports history, NBA history, two years ago. The guy is not even in his prime yet. A basketball player’s prime is like 28 to 32. For him, the prime is not just physical. It’s also emotional. It’s also mentally. So he will continue to get better and that’s when you become a great leader.”

For Irving and the Celtics, it will be interested to see what the star point guard decides to do this offseason. His contract is set to expire this summer and rumors regarding his desire to play elsewhere swirled throughout the 2018-19 season.

At the moment, Irving and the Celtics are staring at a 1-3 series deficit following a 113-101 defeat on Monday night. While it is clearly an uphill battle, Irving was of course a pivotal member of the 2016 Cavs team that proved no deficit is too great to overcome in that year’s NBA Finals series.

Still, a similar comeback seems unlikely as the Bucks continue to steamroll through the Eastern Conference.