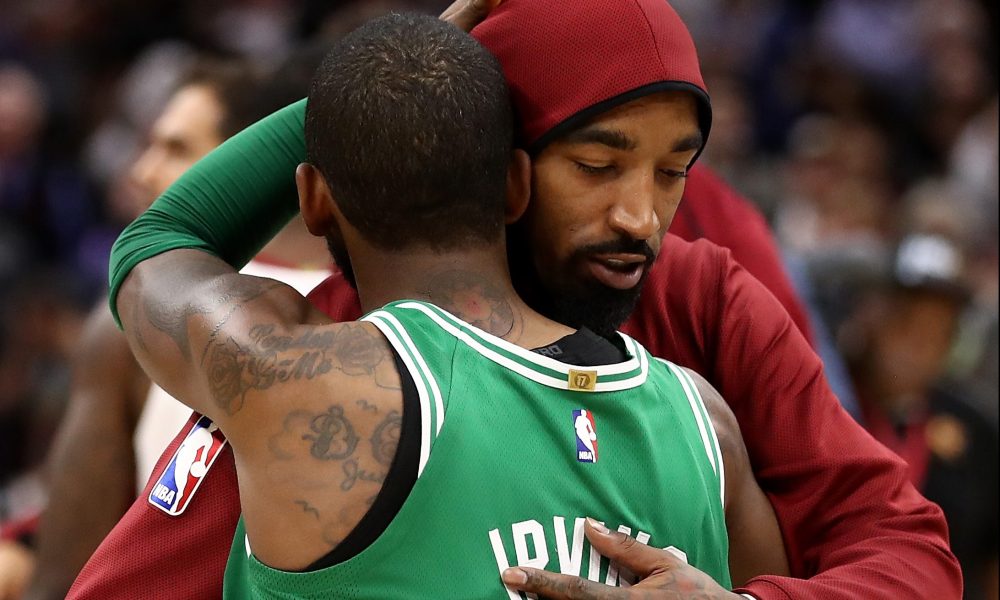 Kyrie Irving’s controversial remarks on Friday about his potential free agency after the season resulted in a loud stir about possible destinations. In the opinion of Irving’s former Cleveland Cavaliers teammate J.R. Smith, Irving will likely end up signing with the New York Knicks. 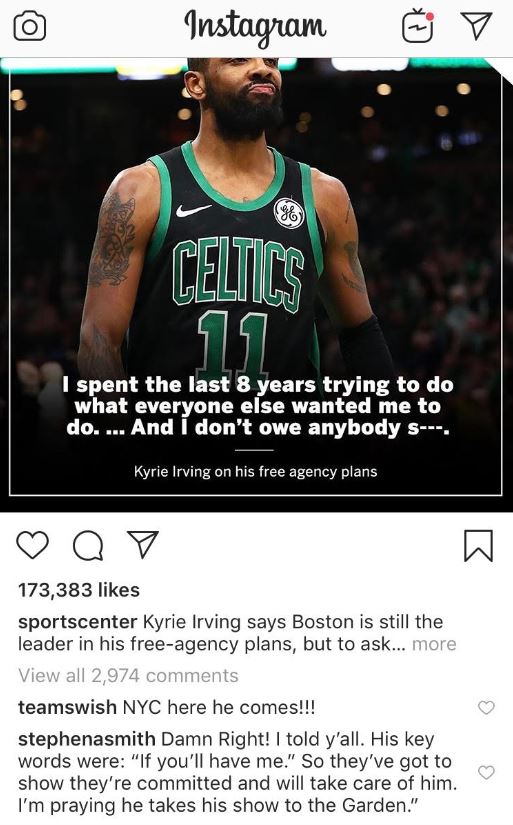 There’s no indication that Smith has any particular insight into what the mercurial Irving will decide when the time arrives. Other than the fact that they were teammates for nearly three seasons with the Cavaliers, no tight bond between the two two players was ever prominently noted.

The 33-year-old Smith’s own career is currently in limbo, considering the Cavaliers in November indicated that he would no longer play for the team. That came in the wake of his own controversial comments about the Cavs tanking this season in order to be in position for a top draft pick.

Irving’s comments made headlines because he appeared to be leaning earlier in the season toward signing an extension with the Boston Celtics, who acquired him from the Cavaliers in August 2017. That came less than two months after he demanded that the Cavaliers trade him away.