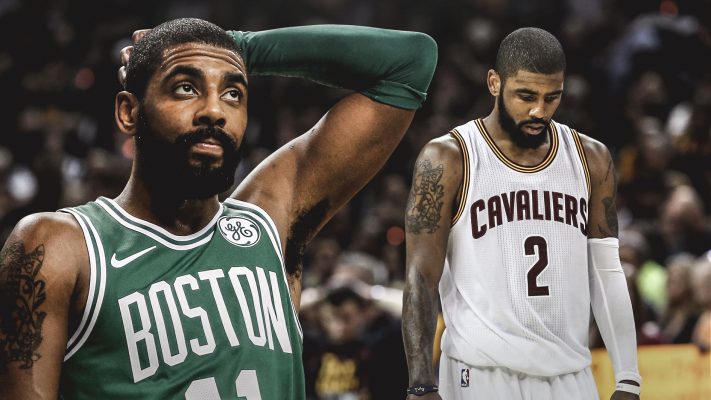 The Cleveland Cavaliers and Boston Celtics were bitter rivals not too long ago and Kendrick Perkins was a key player for both teams at different points in time. Perkins used that past experience when he was a guest on ESPN Radio’s “Golic and Wingo” to discuss his take on former Cavs point guard Kyrie Irving.

Perkins was asked about what he sees from Irving these days as a Celtics player compared to his tenure as a member of the Cavaliers.

“It’s a different Kyrie,” Perkins replied. “Like I said, his mentor is Kobe Bryant. You never know. He could be playing a psychological game with the fellas, calling them out in different ways just to see how they’re going to respond. You never know. I’ve never seen this Kyrie in Cleveland because Kyrie wasn’t a vocal leader. We had vocal leaders. We had James Jones, Mike Miller, Bron (LeBron James), myself. We had guys that did the talking while all he had to do is go in and play. Well now he’s taken on the leadership role. Guys go about it in different ways. Sometimes it’s ok to ruffle the feathers a little bit.”

Irving’s role as a leader came into question multiple times this season, but he has so far enjoyed great success this postseason. Over the weekend, Irving and the Celtics advanced to the second round of the Eastern Conference playoffs after defeating the Indiana Pacers in a four-game sweep.

As for Perkins, the 6-foot-10 center played eight seasons for the Celtics as well as parts of two seasons with the Cavaliers.

He won a championship in Boston in 2008 as part of a star-studded team with Rajon Rondo, Ray Allen, Paul Pierce and Kevin Garnett.

In Cleveland, Perkins missed out on a title in 2015 after the Cavs lost to the Golden State Warriors in the NBA Finals.

He was no longer on the roster the following season when the Cavs finally won the Larry O’Brien trophy after a historic series in a rematch with the Warriors.