Report: Kevin Love Got So Trashed at Channing Frye’s Retirement Party That He Couldn’t Drink for Weeks 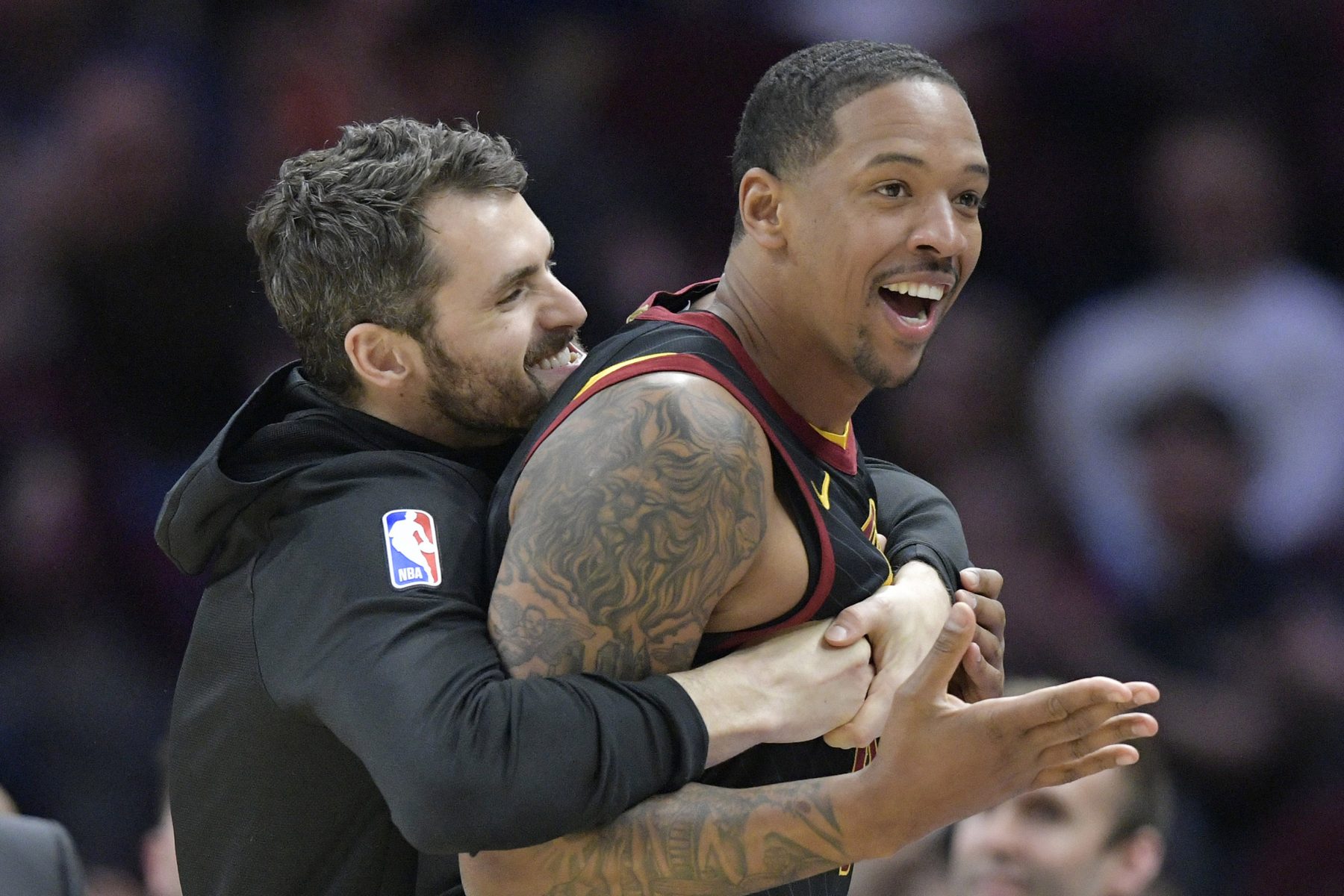 This offseason began for Cleveland Cavaliers power forward Kevin Love sooner than it ever has in his five seasons with the team.

That free time allowed him to be part of a celebration for retiring teammate Channing Frye, though a new report indicates that the effects of that party took their toll on Love for weeks afterward.

Joe Vardon of The Athletic discussed what’s already been a busy offseason for Love and pointed to the veteran’s social media account for comments about that party:

“Love, who took Polaroids of the party at a Cleveland-area bar, wrote on Instagram: ‘Don’t remember getting home. I do however remember Channing ruining my speech by being a big cry baby.’ He told The Athletic he didn’t take another drink for two weeks.

“’The Channing retirement (bar) tour was not good for my internal organs,’ Love said. ‘But I tried to spend every minute with him I could.’”

Love’s 2018-19 season was ruined by a toe injury that required surgery and limited him to just 22 games. In those contests, he was able to show his ability to consistently deliver double-doubles, finishing with averages of 17.0 points and 10.9 rebounds per game. In addition, he contributed 2.2 assists per contest.

Next season, the 30-year-old Love begins the first season of a four-year contract extension with the Cavaliers that he signed last summer. The contract is worth $120 million, with the expectation being that Love can help improve on the team’s miserable 19-63 campaign.

While the NBA lottery won’t take place until May 14, the Cavaliers figure to be in position to select someone who’ll be able to help Love and guard Collin Sexton rebuild the franchise into a championship contender.

channing fryecleveland cavalierscollin sextonfeaturedkevin lovenews ticker
← Previous Story Cavs Rumors: J.R. Smith’s Career Could Be Over by Next Month
Next Story → Report: Cavs Executives Interviewing Coaches From Teams They Know They Have to Copy