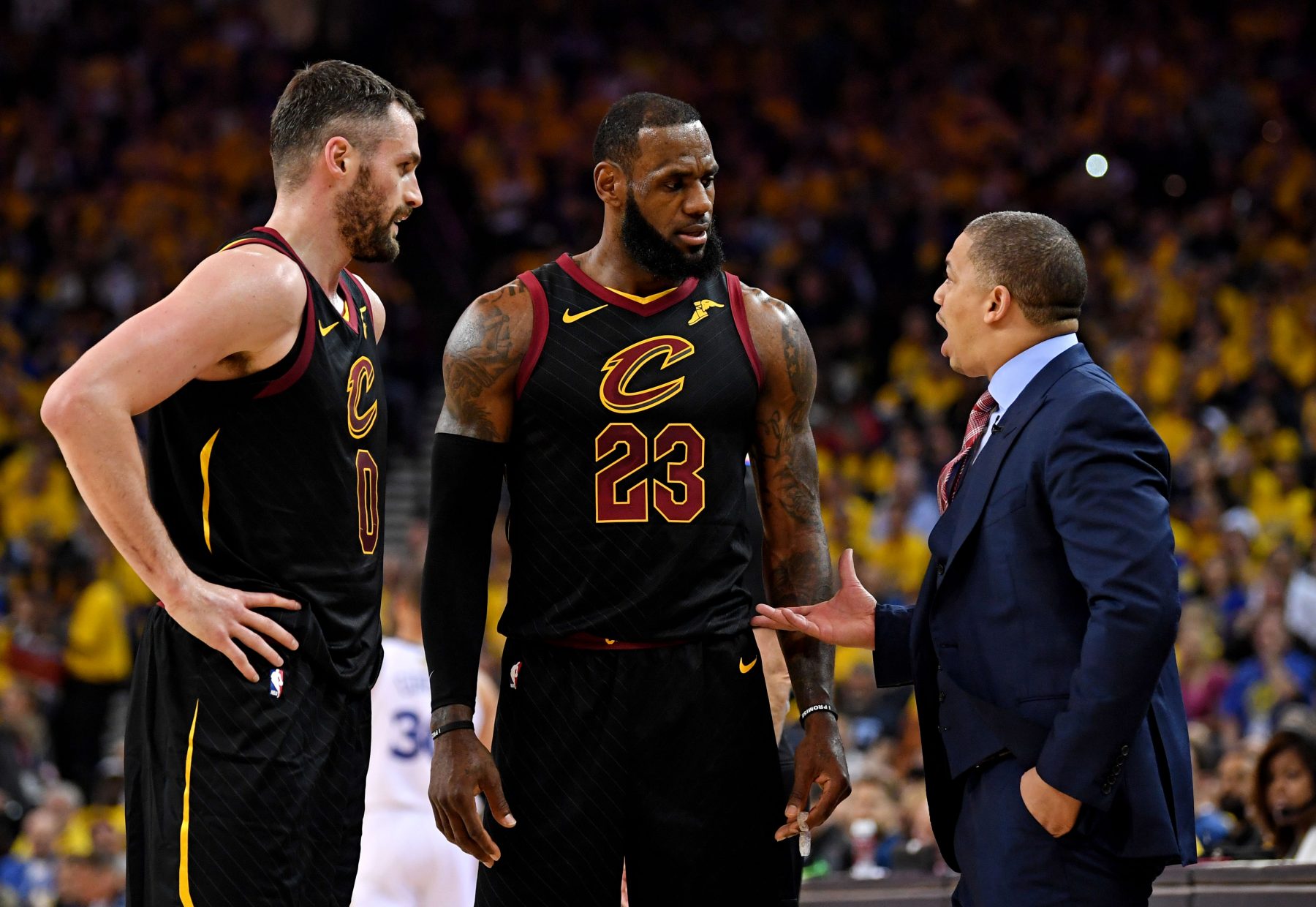 Cleveland Cavaliers forward Kevin Love had Tyronn Lue as his head coach for parts of four seasons with the Cavaliers, giving him ample time to get to know his coaching style.

With Lue now strongly favored to be named the next head coach of the Los Angeles Lakers, Love made a point to strongly endorse him during a television interview.

Love appeared on FS1’s “First Things First” and offered his reasoning as to why Lue is the best candidate for the Lakers’ job:

“I love Ty Lue. If he’s not their first pick, he should be right there at the top. He’s an unbelievable X’s and O’s guy, a player’s coach, a guy that’s very approachable and that you can talk to. I think with the personnel that they have, he would be great.”

Of course, the fact that Lue would be reunited with former Cavaliers forward LeBron James also serves as a key reason for Love’s endorsement. James and Love bonded during their four seasons together, a stretch that saw the Cavs reach the NBA Finals each season and capture the franchise’s first-ever league title in 2016.

While the hiring would put Lue in a high-pressure atmosphere, Love indicated that the 42-year-old mentor is well-equipped to handle the situation:

“He’s made to coach a team like L.A. [He can] build a culture, build a team and know how to deal with each and every player as an individual.”

Lue compiled a regular season record of 128-83 as head coach of the Cavaliers. His tenure began in January 2016 after he replaced the fired David Blatt.

After leading the Cavs to that 2016 title, he signed a five-year contract worth an estimated $35 million. His time with the Cavaliers ended after just six games this past season after the team dropped all six contests.

Lue will inevitably hear from critics who firmly believe that James is the person making the decision to hire him.

Yet, if James is healthy for the entire season next year and Lue is able to get through to the Lakers’ young players, the prospect of turning a 37-45 team into a playoff contender isn’t completely far-fetched.