Cavs Select R.J. Barrett With No. 2 Overall Pick in Most Recent Mock Draft 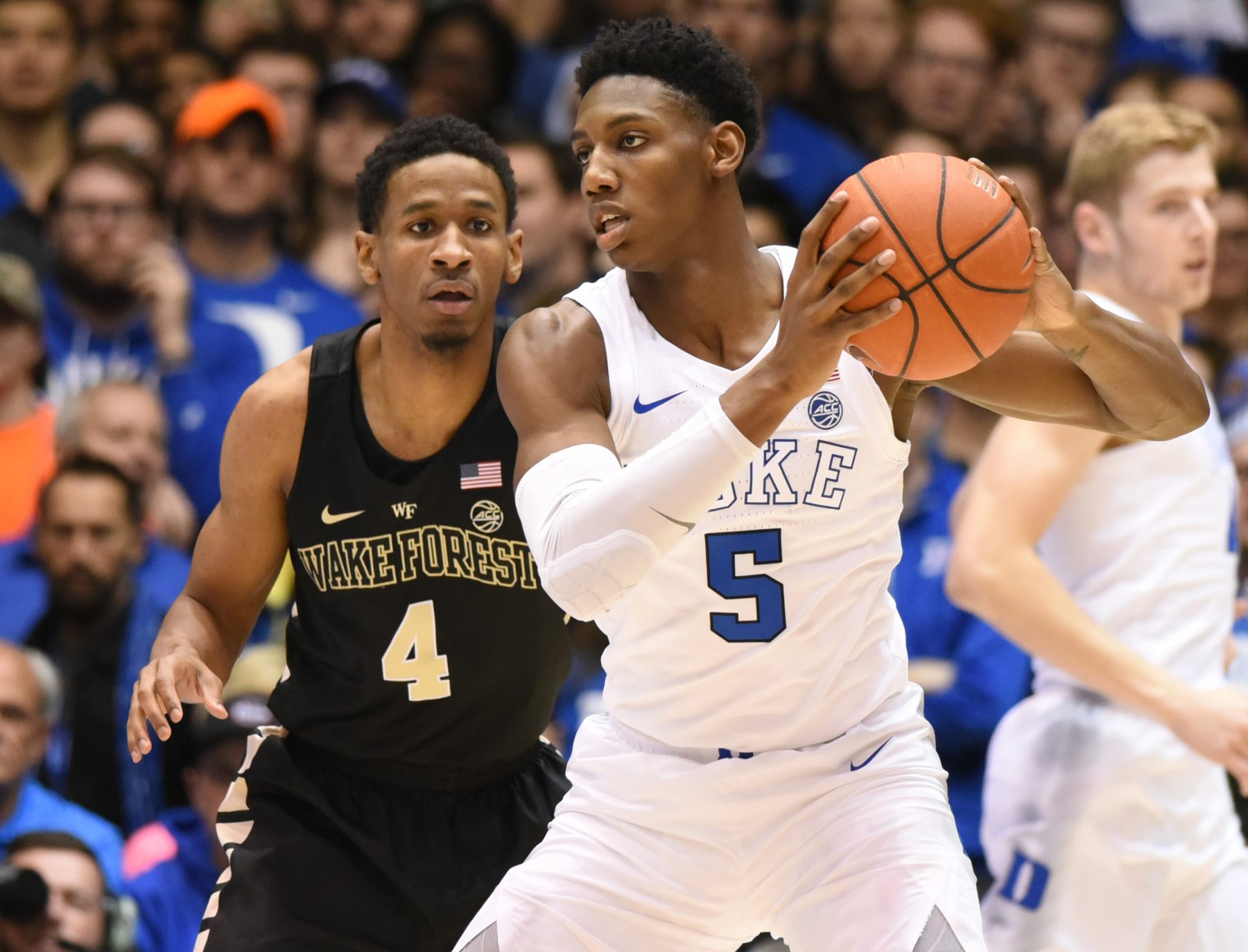 The Cleveland Cavaliers are still a few weeks away from learning how high they’ll be choosing during June’s NBA draft. One of the most recent mock drafts has them pegged for the second overall pick and has them selecting Duke University forward R.J. Barrett.

Kyle Boon of CBSSports.com offered his opinion on how the first round will play out, with the first choice almost unanimously expected to be Barrett’s teammate, forward Zion Williamson. Choosing Barrett would likely be seen as a surprise by many basketball insiders who are expecting Murray State University guard Ja Morant to be picked after Williamson.

“Drafting Ja Morant would potentially signal a shift in direction for the franchise after selecting Collin Sexton with the No. 8 pick of the 2018 draft,” wrote Boon. “Drafting Barrett, however, could give the team two solid building blocks to grow on. Barrett is a functional ball-handler and excellent playmaker who could grow into a star in the right situation. He was ball-dominant and inefficient at times in his lone season at Duke, but he led the ACC, one of the toughest conferences in college basketball in scoring last season — as an 18-year-old. His ceiling is as high as any player not named Zion in this draft.”

Of course, until the NBA lottery takes place on May 14, no one knows exactly where any team of those teams in the competition will end up making its selection. While the New York Knicks had the worst overall record during the 2018-19 season, they have the same 14 percent chance of winning the lottery as the Cavaliers and Phoenix Suns.

The Cavaliers would no doubt love to once again win the lottery, like they did three times from 2011 to 2014. If that happens, Williamson will undoubtedly become a Cavalier.

However, it seems certain that choosing any of the three players mentioned will help supply a solid building block for their extensive rebuilding project.