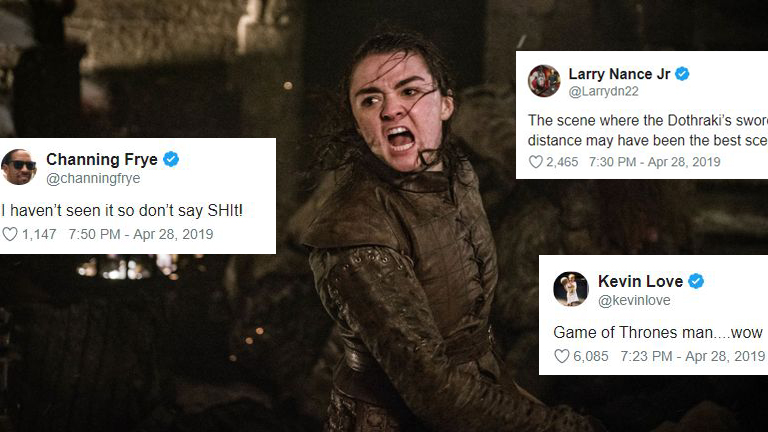 If you feel as though the final season of HBO’s hit television show “Game of Thrones” is taking over your life, you’re not alone.

On Sunday, multiple Cleveland Cavaliers stars took to social media to react to the dramatic and history-making episode.

Recently retired Cavs star Channing Frye took to Twitter before watching to show fans that he had a shot poured and was ready to honor any of his favorite characters who might meet their end in the episode.

I haven’t seen it so don’t say SHIt! pic.twitter.com/HlyAo6i609

Larry Nance Jr. pulled out his phone during the episode to marvel at one of the its most impressive and cinematic scenes.

Kevin Love logged on following the conclusion of the epic episode to simply express how impressed he was.

With three episodes down, fans have just three more episodes before the series is complete.

It seems clear that Love, Frye, and Nance will be sitting on the edge of their seats like the rest of the world until we all know who will finally claim the Iron Throne.