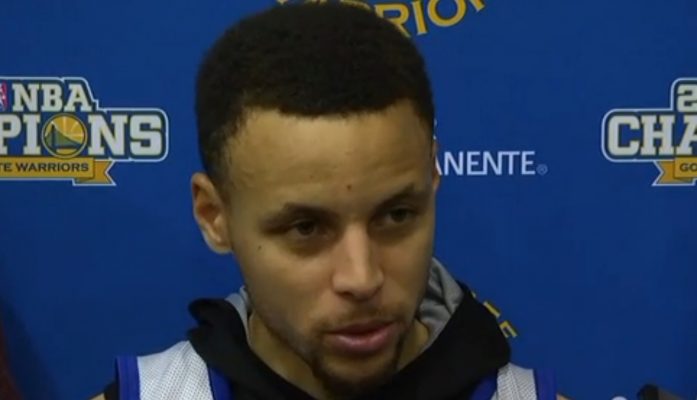 In the wake of comments from the Cleveland Cavaliers’ LeBron James about what the definition of the Most Valuable Player award is, the winner of the league’s last two awards in that category, the Golden State Warriors’ Stephen Curry, offered his curt response on Friday.

“I’ve gotten really good at ignoring people,” Curry said. “That is the theme of the last two years, so I’m alright.”

While James admitted that Curry was deserving of this year’s award, he wasn’t entirely comfortable with how players are viewed in the context of their value to a team.

“You look at Steph’s numbers. He averaged 30 (points), he led the league in steals, he was 90-50-40 (shooting percentages for free throws, field goals and three-pointers) and they won 73 games,” James said. “Can you have any debate over that? But when you talk about ‘most valuable,’ then you can have a different conversation.”

Golden State will continue its quest for a second-straight NBA title this weekend when they face the Oklahoma City Thunder in the Western Conference finals. Meanwhile, the Cavaliers are still waiting to find out which team they’ll face in the Eastern Conference finals: the Toronto Raptors or Miami Heat. That series will begin either Sunday or Tuesday night.