Kevin Love Kicks Off Offseason With Dream Trip to Thailand 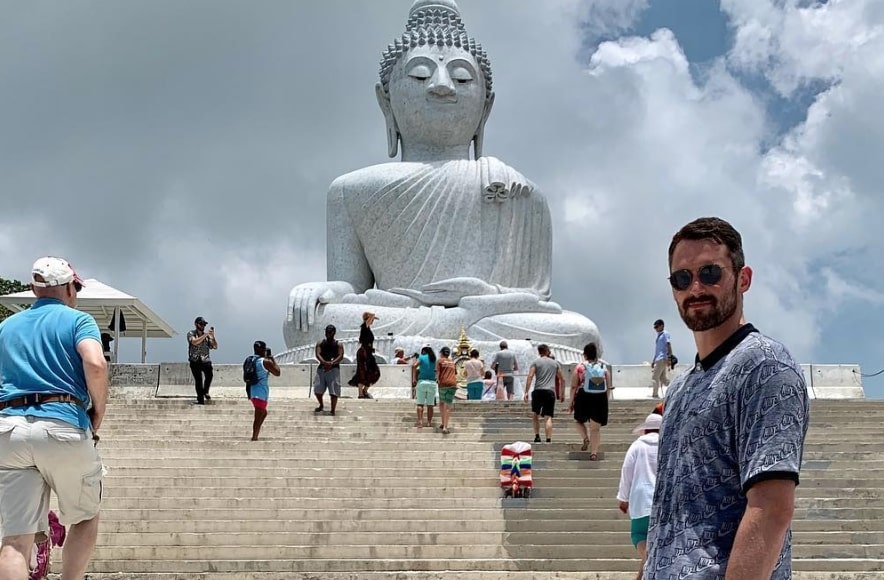 With that option off the table, however, Love is doing the next best thing. He’s taking advantage of the offseason by going on a beautiful and relaxing vacation.

The five-time All-Star wasted no time getting straight to the fun this offseason. As soon as the regular season ended, Love headed to Thailand.

And, if his social media posts are of any indication, Love is having a blast out there. He’s enjoying the sights, weather and company.

He’s even getting to pet some elephants.

Yesterday morning at the @phuketelephantsanctuary. Got to be in the presence of these holy animals while they received therapy+treatment close to their natural habitat. ???

Was an absolute HEATER today but had to see 148ft “Big Buddha”.

If anyone deserves a vacation, it’s Love.

The 11-year veteran had a tough season in which he was plagued by injuries. He appeared in just 22 games all year.

In Love’s five years with Cleveland, it was the first time the Cavs had not made the playoffs. In each of his first four seasons, the team made the NBA Finals.

So you can’t blame him for taking advantage of having a long offseason for the first time in a long time.